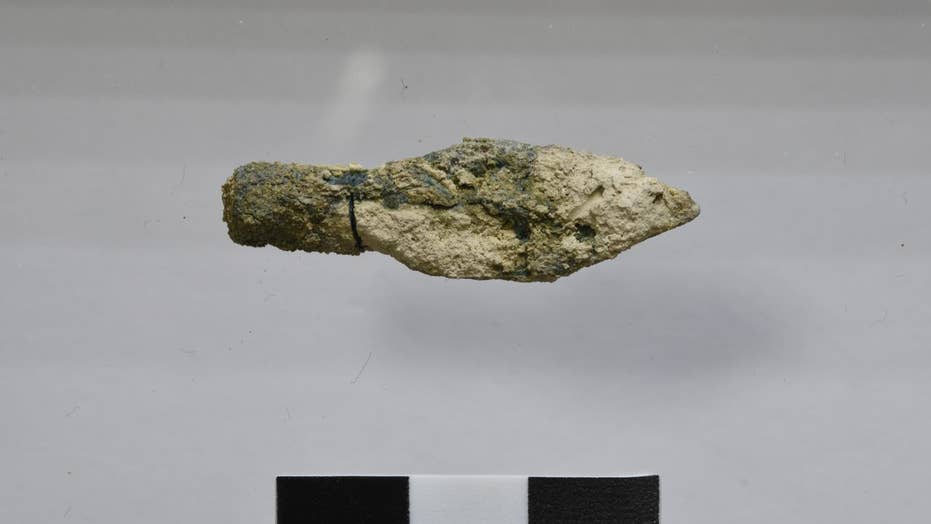 Archaeologists have uncovered evidence of the bloody Babylonian conquest of Jerusalem in the sixth century B.C.

Experts digging in an excavation site at Jerusalem’s Mount Zion run by the University of North Carolina at Charlotte found layers of ash and arrowheads, as well as lamps, a gold and silver tassel or earring and pieces of ceramics from the Iron Age.

The Babylonian conquest of Jerusalem took place in 587 and 586 B.C. The nature of the artifacts and the layer of ash point to a bloody chapter in the city’s history.

"For archaeologists, an ashen layer can mean a number of different things," UNC Charlotte professor of history Shimon Gibson said in a statement. "It could be ashy deposits removed from ovens, or it could be localized burning of garbage. However, in this case, the combination of an ashy layer full of artifacts, mixed with arrowheads and a very special ornament indicates some kind of devastation and destruction.

"Nobody abandons golden jewelry and nobody has arrowheads in their domestic refuse."

Gibson said the area is where an ancient fortification line once stood. "The arrowheads are known as 'Scythian arrowheads' and have been found at other archaeological conflict sites from the seventh and sixth centuries B.C.E.,” he explained, noting that they were used by Babylonian warriors. “Together, this evidence points to the historical conquest of the city by Babylon because the only major destruction we have in Jerusalem for this period is the conquest of 587/586 B.C.E.”

The ancient Scythians occupied a vast area, encompassing parts of what are now Russia and Ukraine, and stretched as far as central Asia.

CHURCH OF THE APOSTLES DISCOVERED NEAR SEA OF GALILEE, ARCHAEOLOGISTS SAY

The clay lamps discovered on Mount Zion are also typical of the period when the Babylonians laid siege to Jerusalem. Led by King Nebuchadnezzar, the Babylonians eventually breached Jerusalem’s defenses and razed the city, destroying King Solomon’s Temple.

Israel’s Haifa University and Ashkelon Academic College are also involved in the Mount Zion archaeological project. Archaeologists have found remains from the Roman and Byzantine eras at the site, as well as evidence of the sack of Jerusalem during the First Crusade.

Israel continues to reveal fresh details of its rich history. In another project, archaeologists from the University of North Carolina at Chapel Hill recently uncovered a 1,600-year-old biblical mosaic in northern Israel.
LOST ROMAN CITY THAT WAS HOME TO JESUS' APOSTLES FOUND, SAY ARCHAEOLOGISTS
The mosaic, which depicts a scene from the book of Exodus, was found at the site of a fifth-century synagogue in Huqoq.

Elsewhere, the Church of the Apostles, which is said to have been built over the house of Jesus’ disciples Peter and Andrew, has been discovered near Israel’s Sea of Galilee, according to a team of American and Israeli archaeologists.