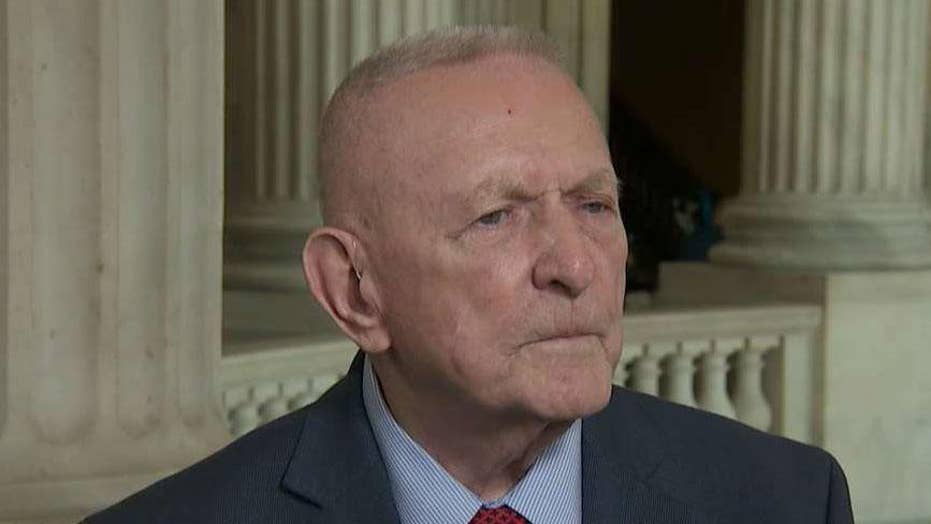 Gene Kranz says he thanks God that he had the ability to inspire his team to do the job to land the Apollo 11 on the moon safely.

For many Americans, the first Moon landing serves as a historic - but distant- memory. Current generations learn about the event from parents or a textbook, but for flight director Gene Kranz the mission is personal.

Kranz served as the flight director for several historic NASA missions; including the first manned Apollo mission and the Apollo 11 Moon landing.

The former NASA official says he always gets “misty” when he thinks about Apollo 11. But though he remembers the mission itself fondly, he expressed his concern to Fox’s Kristin Fisher that the U.S. hasn’t made it past the moon nearly 50 years later.

July 20 marks the 50th anniversary of the Apollo 11 Moon landing. Fisher asked if, 50 years ago, he would have believed that no other U.S. astronauts would go as far as the Apollo mission did.

"No," he said, before explaining the first "clue" he received that that would be the case. Kranz said that while reviewing former President Richard Nixon's message before Apollo 17's flight, he noticed the former president said that launch might be the last one for the 20th century.

That made him "mad," he said. "Why? We're ready to go -- bad day," he told Fisher. The U.S. wants to return American astronauts to Earth’s natural satellite by 2024.

Kranz predicted that Trump would continue pressing for another moon landing by 2024 and that the landing would be part of his legacy as president.

The former flight director also detailed the moments before Apollo 11 landed. He claimed that he was very calm because he was prepared with an integrated timeline. "I was so clock-oriented. By the time we got ready to start the descent, I had prepared a very integrated timeline so that I could visualize everything that was normal."

He also described the reaction after the spacecraft landed. "The impact was incredible -- not on me. The people in the viewing room behind me started applauding, cheering ... and I had to maintain control of my room because we had to sit there for the next two hours and assure it was safe," he said.

When asked how he celebrated, he said he thanked God for inspiring his team to complete the mission. "Teamwork is the essential ingredient to success in space flight and I had a team and I was damn proud of it," he said.