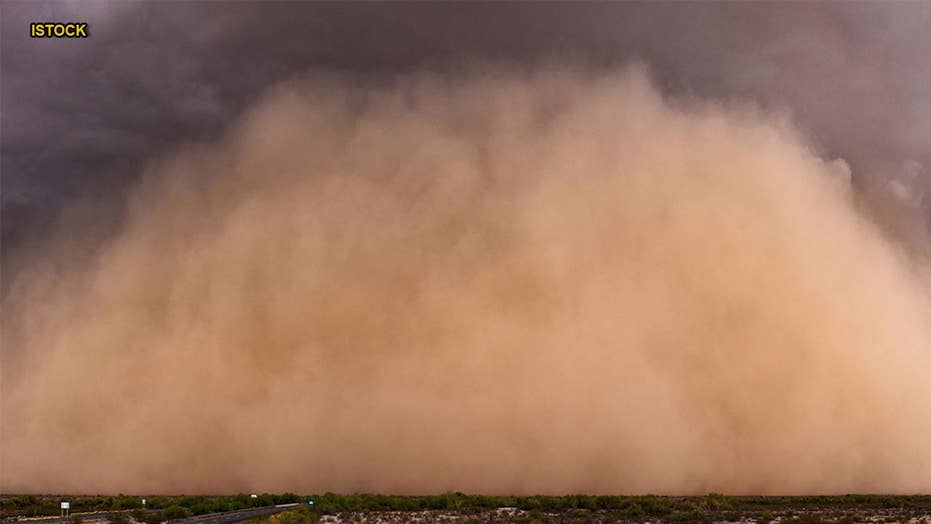 A new study suggests an ancient Mesopotamian civilization was likely wiped out by dust storms nearly 4,000 years ago. The Akkadian Empire, which ruled what is now Iraq and Syria from the 24th to the 22nd Century B.C., was likely unable to overcome the inability to grow crops, famine and mass social upheaval.

An ancient civilization that ruled Mesopotamia nearly 4,000 years ago was likely wiped out because of disastrous dust storms, a new study suggests.

The Akkadian Empire, which ruled what is now Iraq and Syria from the 24th to the 22nd Century B.C., was likely unable to overcome the devastating aftereffects of the dust storms, including an inability to grow crops, famine and mass social upheaval.

“Although the official mark of the collapse of the Akkadian Empire is the invasion of Mesopotamia by other populations, our fossil samples are windows in time showing that variations in climate significantly contributed to the empire’s decline,” said Hokkaido University professor Tsuyoshi Watanabe in a statement.

According to the study's abstract, researchers looked at six 4,100-year-old Porites coral fossils from the Gulf of Oman that told the tales of "a prolonged winter shamal season with frequent shamal days."

Watanabe and his team compared the ancient coral fossils to modern coral samples, along with meteorological information. They found that the ancient coral contained evidence of strong winds that are associated with dust storms.

File photo: Dust storm panorama in the Arizona desert during the monsoon. (iStock)

"The data before and since the collapse are furthermore comparable to modern coral data, showing the dry spells would have been sudden and intense," the statement added.

"This likely caused agricultural failures in Mesopotamia and contributed to the Akkadian Empire collapse, as this region depends on winter rainfall," the abstract added. A winter shamal is a form of western Asian dust storm.

In addition to the devastating dust storms and the aforementioned invasions, it's also believed that infighting played a role in the empire's demise, The Sun reports.

The Akkadian Empire, which "thrived with the development of irrigation," disappeared and abandoned their settlements approximately 4,200 years ago, which led to an "abrupt collapse" of the civilization.

Assyrian wall relief of a genius from Mesopotamia, detail with a head. Ancient carving panel from the Middle East history. (Credit: iStock)

Watanabe said that further research is needed to "help improve our understanding of connections between climate changes and human societies in the past."

The study has been published in the scientific journal Geology.