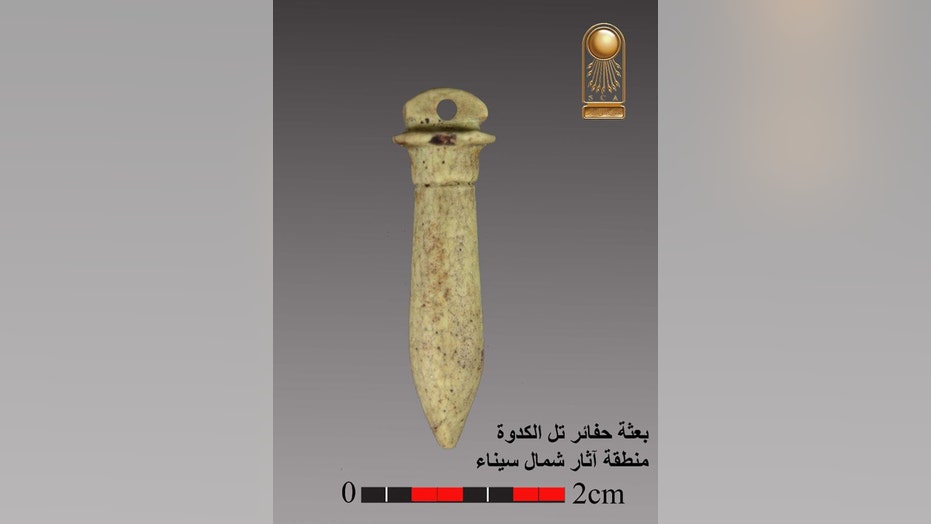 An Egyptian archaeological mission has unearthed the ancient remnants of a 2,600-year-old military castle, meaning it dates back nearly three millennia.

"So far, the excavation works are completed to discover the remains of architectural installations inside the castle," the Ministry of Antiquities wrote in the post. "This is the historic castle that the mission revealed on its eastern wall in 2008 and was built on the ruins of this castle another castle that has been previously revealed on the site."

"The mud brick-constructed castle that belonged to the 26th dynasty is the oldest historically," Mostafa Waziri, secretary-general of the Supreme Council of Antiquities, said in the post.

Dr. Nadia Khader, head of the central administration, said that the oldest castle built its walls in a different manner than later castles and had varying heights of the walls, ranging from 7 meters to 17 meters.

"The walls of the older castle were different in its design of the newest castle, where rooms [were] filled with sand," Khader said in the post. "Pottery and dem were built inside the walls of the fences at regular distances, perhaps the purpose of reducing pressure on the 11 M Castle Wall Body, and maybe these rooms are also used as rainwater banks and are a feature of architecture during the Zionist era. The oldest castle is also likely to be the largest space of the castle previously discovered."

Hesham Hussein, chairman of the North Sinai archeological site, said that the castle had 16 towers, including rooms that were found for soldiers who helped to secure the castle.

China's state-run news agency Xinhua was the first to report the news.

DOZENS OF MUMMIES, INCLUDING MOTHER AND CHILD, DISCOVERED IN EGYPTIAN TOMB

Egypt continues to reveal fresh details of its rich history. Archaeologists, for example, recently uncovered the 2,500-year-old remains of a powerful ancient Egyptian high priest. In another project, the secrets of a mysterious “Tomb of the Warriors,” were revealed in a PBS documentary.

Archaeologists have also discovered the wreck of an extremely rare vessel that traveled the Nile around 2,500 years ago, solving an ancient puzzle.

Elsewhere in Egypt, researchers found a large ram-headed sphinx that is linked to King Tutankhamun’s grandfather. In other projects, a teenage girl’s skeleton was discovered in a mysterious grave near the Meidum pyramid, south of Cairo.