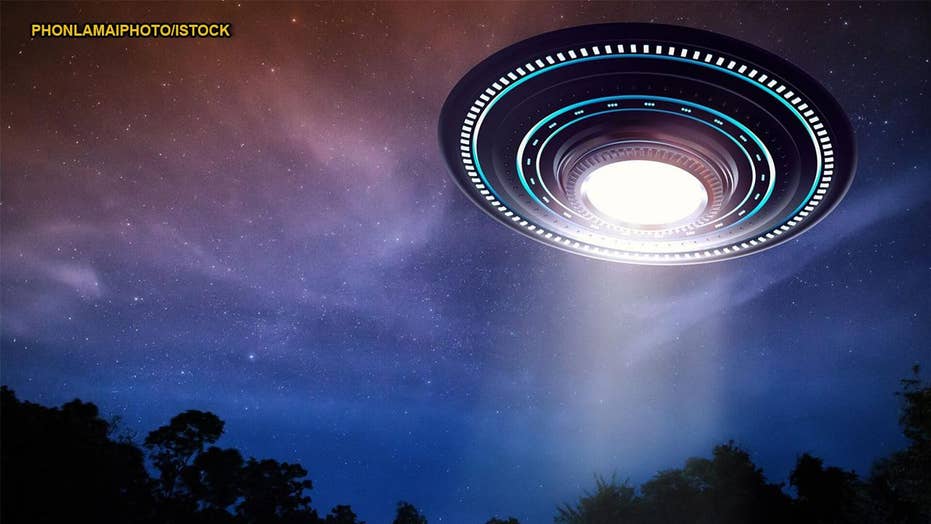 According to a Gallup poll about UFOs, 68 percent of respondents said the government is not being honest with the public about its UFO knowledge. However, only 33 percent of U.S. adults believe that some UFO sightings over the years have been alien spacecraft.

Two-thirds of Americans say the government knows more than it's saying about UFOs in the wake of a plan to "Storm Area 51" in Nevada and potentially uncover its secrets about alien life later this month.

In a Gallup poll released Friday, 68 percent of respondents said the government is not leveling with the public about what it knows, however, it appears that the public remains skeptical of actual sightings of unidentified flying objects.

Only 33 percent of U.S. adults believe that some UFO sightings over the years have in fact been alien spacecraft visiting Earth.

The remaining 60 percent are skeptical, saying that all such sightings can be explained by human activity or natural phenomenon.

Artist's impression of a UFO. A majority of Americans believe the government is not being honest with the public about its UFO knowledge. (PhonlamaiPhoto/iStock)

The plan to storm Area 51 began with a Facebook event that went viral last month -- and now some 2 million people are supposedly going to show up to the top-secret military base in the Nevada desert.

The poll also has a demographic breakdown of which Americans are more likely to believe that UFOs are alien spacecraft.

Residents of the West rate the highest, with 40 percent, compared with 32 percent for those in the East and 27 percent in the Midwest. Americans of a lower socioeconomic status are more likely to believe UFOs are real, as well.

Whether or not Americans believe the government is being honest, it's clear from the poll that the topic has entered the country's counsciousness, since 86 percent of adults say they have heard of or read about unidentified flying objects.