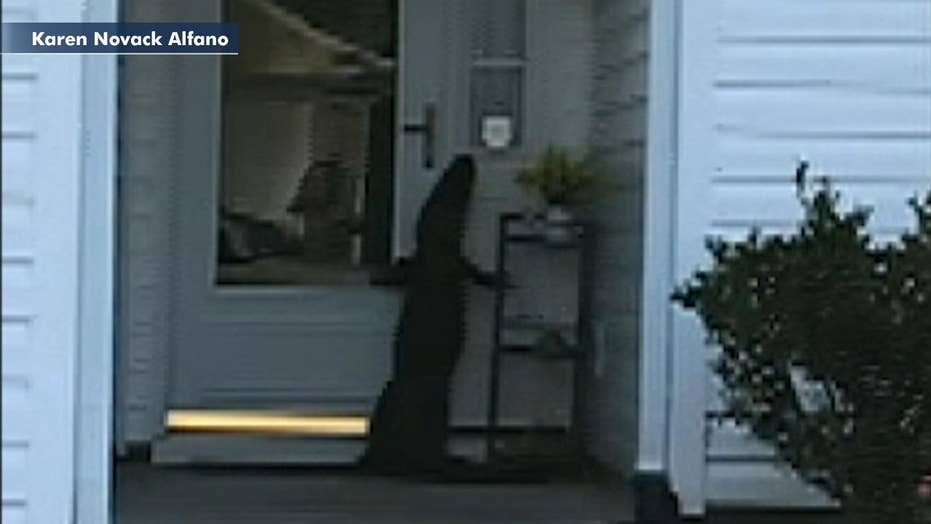 Raw video: Woman who recently moved to Myrtle Beach surprised to see a gator at her front door seemingly trying to ring the bell.

A shocked homeowner in South Carolina looked on as a gator made its way to her front door and attempted to ‘ring’ her doorbell.

ABC11 reports that Karen Alfano found the 6.5-foot alligator at the front door of her home in Myrtle Beach. A video shows the gator trying to scramble up Alfano’s door in what looks like an attempt to ring her doorbell.

The gator left scratches on Alfano’s home and damaged her walkway, but didn’t break her door’s hurricane window, according to ABC11.

The alligator was later removed.

Other alligators in South Carolina have been making news recently. A video posted to Facebook showed a huge alligator fighting against wranglers in a neighborhood of Murrells Inlet.

Last month, a massive alligator was caught on camera taking a stroll through the Long Cove Club golf course in Hilton Head.

The South Carolina Department of Natural Resources notes that alligators have been documented climbing 5-foot chain-link fences to get at dogs.

In a tragic incident last year a woman walking her dog was killed when an alligator attacked her and dragged her into a lagoon in Sea Pines Plantation, a resort community at Hilton Head Island.