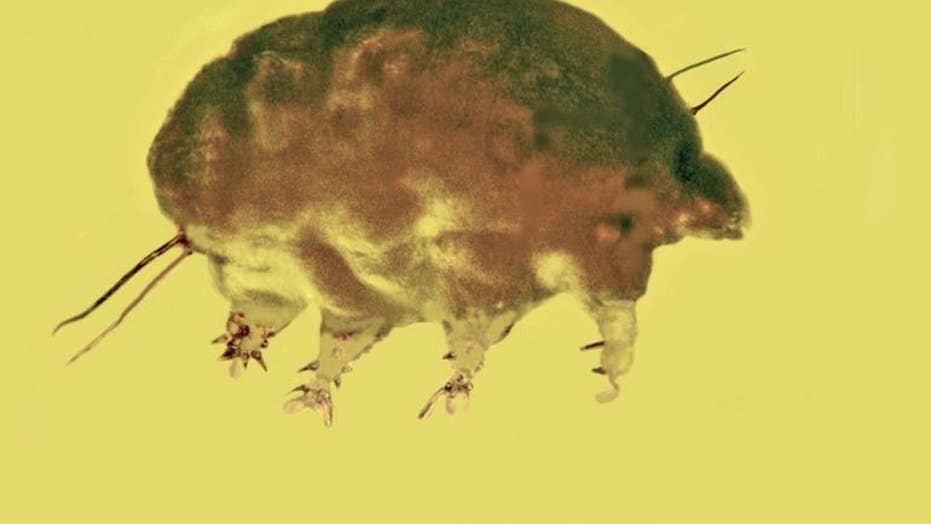 Fossils preserved in amber have revealed a new type of microinvertebrate that lived on Earth 30 million years ago.

The findings by George Poinar Jr. of Oregon State University's College of Science provide a rare glimpse of this unique invertebrate.

Poinar calls the animals "mold pigs" because of their resemblance to swine and their diet.

According to his findings, they were about 100 micrometers long with flexible heads and four pairs of legs.

They apparently grew by shedding their exoskeleton and primarily ate fungi, as well as other small invertebrates.

“Every now and then we’ll find small, fragile, previously unknown fossil invertebrates in specialized habitats,” Poinar said in a statement. “And occasionally, as in the present case, a fragment of the original habitat from millions of years ago is preserved too. The mold pigs can’t be placed in any group of currently existing invertebrates – they share characteristics with both tardigrades, sometimes referred to as water bears or moss pigs, and mites, but clearly belong to neither group.”

The findings were published last month in the journal Invertebrate Biology.

“No claws are present at the end of their legs as they are with tardigrades and mites,” Poinar explained. “Based on what we know about extant and extinct microinvertebrates, S. dominicana appears to represent a new phylum.