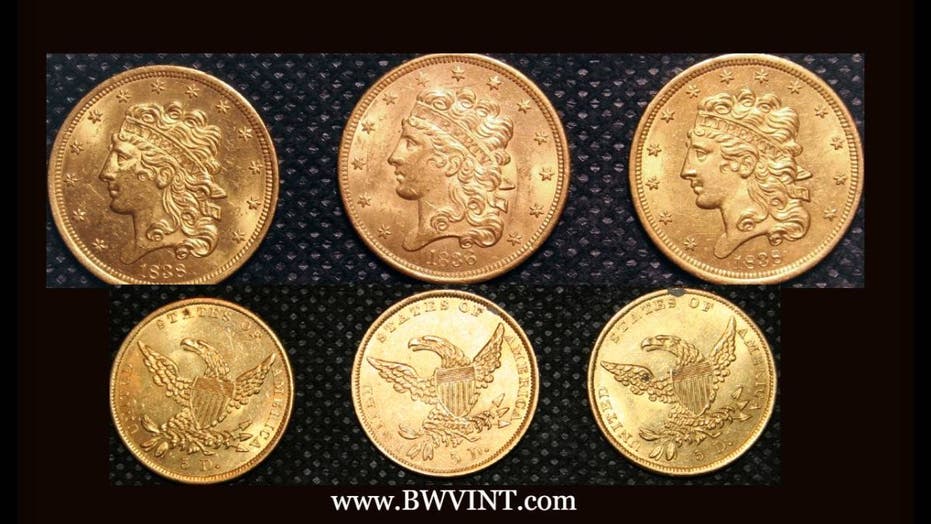 A steamship that sank in 1840 after colliding with another ship off the coast of South Carolina contains a trove of rare gold coins, according to the dive team salvaging the wreck.

The SS North Carolina sank on July 25, 1840, after colliding with its sister ship, the Governor Dudley.

In a statement, Blue Water Ventures International and Endurance Exploration Group explained that the dive team and the recovery vessel arrived at the site in late September. “Gold coins, marble, dinnerware, and brass spikes, used in the ship’s construction, were among the first shipwreck items to be found,” they said.

The collision did not result in any loss of life, as SS North Carolina’s passengers were safely transferred to the Governor Dudley. “However, passenger baggage and ship’s cargo were lost in the sinking,” said the companies involved in the salvage project. “It has been estimated that the hard currency lost on the SS North Carolina would be worth many millions of dollars in today’s value.”

“It is believed that some gold coins from the newly commissioned US Mint in Dahlonega in 1838 would have been in circulation prior to the sinking of the SS North Carolina in 1840, and if found, these coins would be extremely valuable in today’s collectors’ market,” the companies added in the statement.

The Charlotte Observer reports that the salvage effort is taking placing 20 miles off the coast of South Carolina. “After working the first half of the 2019 dive season on several wreck sites, some famous, some not, with the goal of future admiralty claims, it’s great to be back in recovery mode on the SS North Carolina, especially when you see gold coins the very first day on site!” said Blue Water Ventures International President Keith Webb in the statement.

Weather permitting, the recovery effort will run during October and November.

Other shipwrecks discoveries have been grabbing attention recently. A mysterious shipwreck at the bottom of Newport Harbor is believed to be the famous HMS Endeavour, which Capt. James Cook sailed on when he discovered Australia.

Earlier this year, a mysterious 19th-century shipwreck was discovered by researchers testing underwater drone equipment in the Gulf of Mexico. A team from the National Oceanic and Atmospheric Administration aboard the exploration vessel Okeanos Explorer was testing the equipment on May 16 when the wreck was spotted.