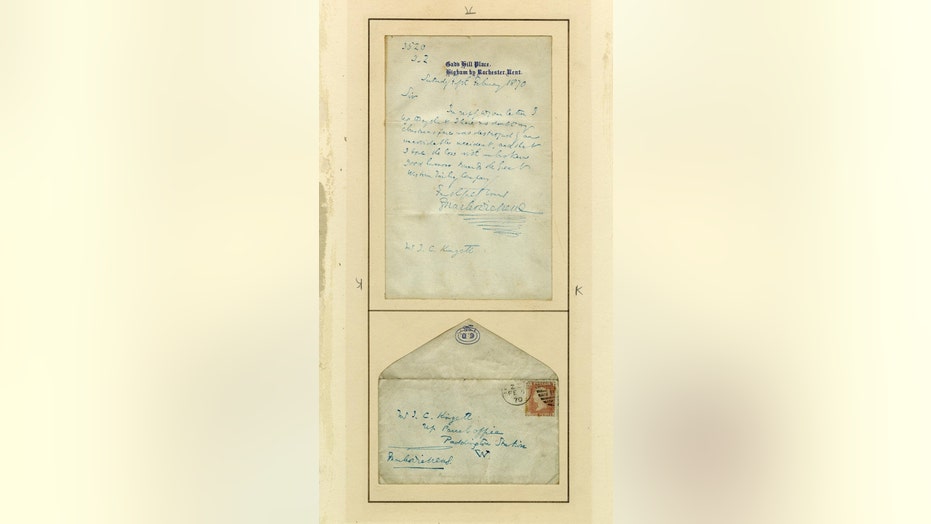 Charles Dickens, best known for writing "A Christmas Carol" nearly 170 years ago, has come back into the spotlight after a 150-year-old letter from the English author was recently discovered.

The letter was addressed to the Great Western Railway company after a train carriage fire destroyed his turkey, news agency SWNS reports. The railway's horsebox caught fire and its contents were ruined near Hanwell Railway Station in west London.

The turkey, which weighed nearly 30 pounds, SWNS added, was to be served for Dickens' holiday dinner. Upon discovering the turkey was destroyed, Dickens wrote a note to his reading tour manager, George Dolby, on Dec. 24, 1869, writing in all capitals: "WHERE IS THAT TURKEY? IT HAS NOT ARRIVED!"

This newly-discovered, 150-year-old letter reveals how Charles Dickens' last ever Christmas on earth was spoiled - when a fire destroyed his festive turkey. It seems that the 'Oliver Twist' and at 'Hard Times' author may never have enjoyed his final Christmas dinner after his turkey was incinerated in a railway carriage blaze. (Credit: SWNS)

"Sir, in reply to your letter I beg to say that I have no doubt my Christmas fare was destroyed by an unavoidable accident.

"I bore the loss with unbroken good humour towards the Great Western Railway company. Faithfully Yours, Charles Dickens."

Surprisingly enough, the turkey is thought to have been partially saved, with the charred remains handed out to the people of Reading, Berks., for sixpence a portion.

The letter, which was kept by Kingett at the Paddington station, was eventually published in Great Western's magazine in 1908, 38 years after Dickens died. It was recently discovered at the National Railway Museum in York, while doing a routine audit.

FILE - In this Dec. 5, 2012 file photo, a blue plaque is seen on the exterior of Charles Dickens' home, part of the Charles Dickens Museum in London. (AP)

"Every now and then we are fortunate to uncover a hidden gem in our railway archive," National Railway Museum curator Ed Bartholomew said in comments obtained by SWNS. "Dickens would be an incredibly famous man, the biggest celebrity he [Kingett] would have dealt with at the goods office."

Tragically, the "Oliver Twist" author would never see another Christmas. He passed away on June 9, 1870, five years to the day he survived another rail crash that killed 10 people and injured 40.