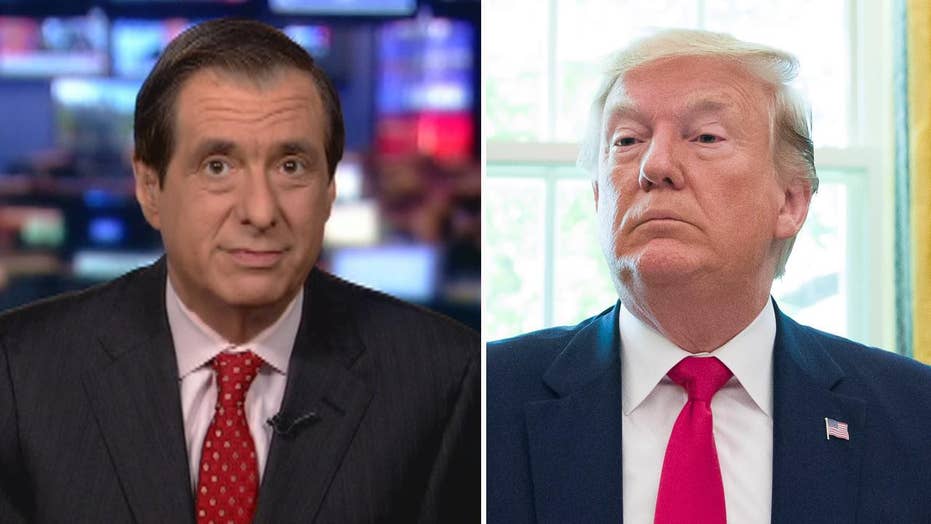 It's a headline that captures the establishment's disdain for the president's unorthodox style of governing.

Never mind that the first three critics quoted — after a defense from Mike Pence on CNN — were Bernie Sanders, Kamala Harris and Cory Booker.

The other "experts" were two professors who were mildly critical and a lawyer who was supportive of Trump.

But the piece does get at a central question about this president in the wake of the aborted airstrikes against Iran, which he called off with 10 minutes to spare.

Does Trump preside over a messy and sometimes chaotic process? Of course. But sometimes that style gets results.

On Iran, for instance, many liberals liked that he pulled back on bombing over the downing of an unmanned drone, even as they say he extinguished a fire that he had started. (Maureen Dowd: "As shocking as it is to write this sentence, it must be said: Donald Trump did something right.")

In negotiations, the president often makes a dramatic demand or threat, sparking a media and diplomatic furor over whether this time he's gone too far — then hammers out a compromise and claims victory. It's the style of a blustery New York real estate developer who's always one minute from walking away from the table, transferred to the staid, tradition-bound world of Washington.

Over the weekend, Trump called off a wave of ICE arrests that was to begin on Sunday, which he said would begin deportations of "millions" of illegal immigrants. That set off the predictable uproar.

Trump, after a reported call with Nancy Pelosi, said he was delaying the arrests for two weeks to allow time for negotiations with the Democrats. Nobody seems to think a deal can be struck in so short a period, but Trump won points with his base by threatening the mass arrests and again drove the news agenda.

The Post's take: "Three policy turnarounds by President Trump this month have underscored his freewheeling governing style, an approach that some experts warn sends mixed messages and puts U.S. national security at risk ...

"The results of Trump's strategy on policy have been mixed at best — and few issues offer as complete a picture of the president's habitual brinkmanship as his effort to overhaul U.S. trade policy."

Remember when Trump threatened to close the Mexican border? The Beltway went ballistic. He didn't.

Then he threatened to slap tariffs on all Mexican products, beginning at 5 percent, if the country didn't crack down on migrants fleeing Central America for the U.S. border. Lo and behold, Trump got a last-minute agreement. It's hard to judge how concrete these steps are, and The New York Times said most of them had been previously agreed to, but the perception — or perhaps the reality — is that he got Mexico to move.

Trump even used the tough-talk tactics against Canada before finally hammering out a trade deal. Whether the tariffs imposed on China ultimately lead to an agreement is another question.

The point is that while Trump's approach horrifies the traditionalists, he rarely carries out the well-publicized threats.

I see a link between the zig-zagging negotiating style and the repeated failures of Trump's vetting operation. Rather than wait for full-fledged inquiries and background checks, the president announces who he wants to nominate — and often has to pull back.

That was painfully on display when acting Pentagon chief Patrick Shanahan had to withdraw over a violent family past that would have made clear he would be impossible to confirm. The same was true when the president had to drop his planned nominees to the Fed, Herman Cain and Steve Moore.

Axios obtained nearly 100 Trump transition vetting documents that clearly show the RNC and others were overwhelmed in trying to check on potential nominees. The documents show that ethical and management questions were raised about Scott Pruitt and Tom Price, who later had to resign their posts at EPA and HHS.

As president, Trump has far more resources available to vet nominees, yet still rushes to name them before any real investigation.

This president isn't going to win any awards for a tidy management process. But when it comes to military action and trade talks, he sometimes wins ugly.