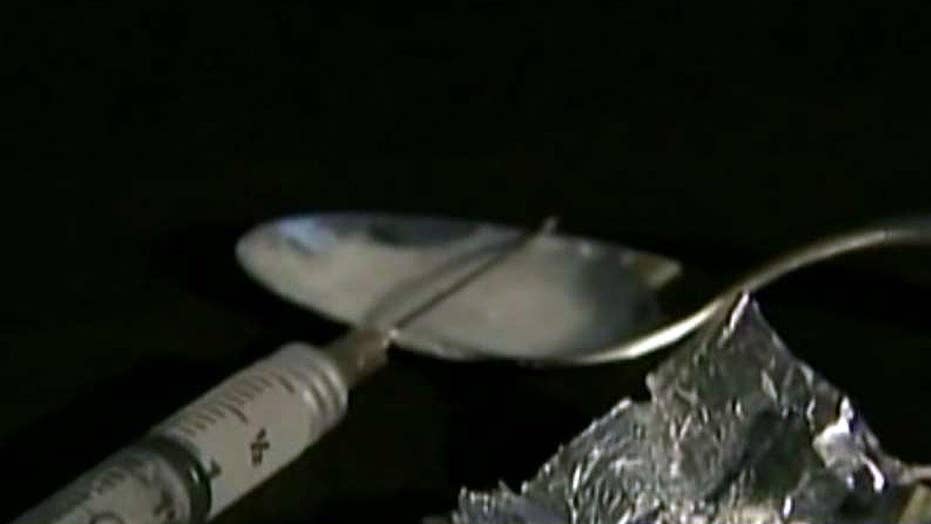 The dark web's connection to the opioid epidemic

On 'Special Report,' Doug McKelway looks at how easy it can be for some addicts to obtain the drugs

Maumelle, AR – Scott and Shannon Doerhoff describe their son Will as someone who never met a stranger.

Sitting inside of their home, in a picturesque suburban neighborhood just outside of Little Rock, the two exchanged fond memories of their first-born, highlighting his comforting way with people.

“He always smiled,” said Scott Doerhoff. “They instantly knew that he was someone that they could approach and be comfortable with without ever saying a word, because he always had that smile on his face.”

But in the nation’s battle with opioid addiction, Will Doerhoff is now a statistic – another life lost to a heroin overdose.

Will began his path to addiction as a freshman at the University of Arkansas after being introduced to the prescription stimulant Adderall, according to his parents.

During his second semester, casual Adderall abuse with fraternity brothers led to painkillers and harder methods of consumption. And, as Will’s father recalled, it is at that time when the family began noticing changes in their son, who, at the time, was a teenager.

“He was struggling,” said Scott Doerhoff. “We could tell from just the tone of conversations.”

Deepening his addiction, Will began purchasing his poison online. By the end of the year, he was hooked.

Early one July morning, Will’s mother found him unconscious in his bedroom, barely clinging to life.

“He was agonal breathing,” said Shannon Doerhoff. “At that point, I didn't know. I knew he was in respiratory distress, but I didn't know what was happening.”

Shortly after paramedics arrived, the family realized the severity of Will’s addiction. Lying near him on his bed was a piece of tinfoil, a straw, and a substance that was later determined to be heroin.

The budding lawyer survived the overdose and spent the next year recovering. He began a new life in Monroe, Louisiana, got engaged, and was preparing to attend a local college.

But in the fall of 2016, Will relapsed. And after failing to show up for work one day in October, the Doerhoffs were met with the phone call that no parent ever wants to receive.

“You knew,” said Scott Doerhoff while fighting back tears. “It's not really a pain that you feel. It's like you don't even know how to exist at that moment because everything that you'd ever done in your entire life, the entire meaning of your life, really, which is to protect your children, had just been taken from you.”

Shortly after his passing, Scott and Shannon learned of how their son obtained his fatal dose of heroin – through a purchase on the so-called dark web. Will’s parents said that he was able to simply sit down at his computer and order the substance, unbeknownst to law enforcement or to those who delivered it to him.

In a startling trend that is sweeping the nation, drug users are turning to that hidden swath of cyberspace to feed their addictions, according to conversations that Fox News had with numerous local, state, and federal law enforcement officials in at least six different states.

Specific to the opioid epidemic, Fox News is told that the dark web phenomenon is like adding gasoline to a wildfire.

Not indexed by search engines like Google or Bing, the dark web's contents cannot be traced back to any one person, allowing individuals to carry out illegal activities and trade illicit goods anonymously.

“Both the seller and the buyer can remain anonymous,” said Captain Charles Cohen, the head of the Indiana State Police’s Intelligence and Investigative Technologies division.

The renowned law enforcement technologist likens criminal investigations that reach into the dark web to playing a game of digital whack-a-mole.

“We're seeing, not just heroin, but other opioids – ranging from fentanyl to Carfentanil, Opana, and others – that are being shipped with great regularity; with the purchase happening in the dark web, the money transactions happen with a crypto-currency, and the shipment is being concealed,” said Cohen. “It makes it increasingly difficult for us to do those investigations.”

If the dark web and crypto-currencies sound like they may be out of reach for the unsophisticated Internet user, think again. Simply visiting a website and downloading free software is more than half the battle.

Popular add-ons like Tor and I2P allow users to mask their identities by automatically tapping their machines into a maze of servers planted all over the world, scrambling their true IP addresses in the process.

Arguably the most popular crypto-currency in the world is Bitcoin, which trades freely over the Internet. Most any user can transfer cash for Bitcoin by simply setting up a digital wallet through any number of online exchanges.

Not all who flock to the dark web or use crypto-currencies do so for nefarious purposes, but a 2016 King’s College London study of over 5,000 dark web sites found that more than half of those forums hosted content that was criminal in nature.

The search for a reputable dark web marketplace took less than five minutes. Using anonymizing software, Cohen then located the marketplace on the dark web.

Among the illegal site’s offerings were a variety of prescription opiates, marijuana, syringes, and a heroin “starter kit” that was listed for .021 Bitcoins with a “buy now” tab located beside it.

Cohen, who is all too familiar with the illicit items of this dark marketplace and the thousands of others that are estimated to exist, reminded the Fox News crew standing beside him that he was doing this all completely anonymously. He clicked the “buy now” tab next to the heroin kit and directed the website to an empty Bitcoin wallet that he had set up minutes before.

“I give them that, they debit it, and, in theory, I’m going to get my heroin in the mail,” said Cohen.

The narcotics are often sent to the consumer in innocuous objects, under the nose of shipping companies, the U.S. Postal Service, and law enforcement. Cohen said that he’s seen cases in Indiana where narcotics were shipped in everyday objects, ranging from videogames to computers to children’s toys.

“I can continue to live this lifestyle, but nobody will know,” said Douglas Carter, Indiana State Police superintendent. “But the person from some global point around the world doesn't care about ‘John Jones’ living in rural Indiana, do they? All they care about is the Bitcoin transaction and getting paid for what they do. And they leave the incredible carnage all over America.”

Carter, who oversees the statewide police force, said that the broad opioid epidemic has washed over Indiana, impacting all 92 counties.

While there is no simple solution to the overall problem or its nexus to the dark web, law enforcement leaders, from federal agencies all the way to local police departments, agree that curbing the epidemic begins with educating Americans about the dangers of prescription pill abuse.

Officials with the Drug Enforcement Administration note that four out of every five heroin users begin with prescription pills.

“There are 144 Will Doerhoffs a day,” said Matthew Barden, assistant special agent in charge of the DEA’s Little Rock field office. “Prescription medication abuse and the heroin abuse in this country knows no neighborhood, no sex, no creed, no color, no race, no wealth status; it knows nothing except for the fact that it wants to hook you.”

For their part, Scott and Shannon Doerhoff are raising awareness. To honor their son, they started the William Christian Doerhoff foundation and are sharing Will’s story in the hopes that it will save lives.

“Death is final. And our baby is no longer with us,” said Shannon Doerhoff. “But his message and his story is; and that's what we want to do. We want to be able to speak up, and speak out, and share. And the more people know, the more lives that are saved.”