Fox News Exclusive: AG William Barr sits down with Bill Hemmer to discuss the investigation into the origins of the Russia probe, Steele dossier, and leaking.

It's the question that has dominated politics for more than two years -- what exactly happened with counterintelligence activities conducted during the 2016 election and the Russia probe.

Now, in his first interview since joining the Trump administration, Attorney General Bill Barr detailed how he plans to get to the bottom of the origins of the probe, his thoughts on James Comey, Robert Mueller and other issues related to the special counsel's investigation.

Barr told Fox News’ Bill Hemmer in the interview Friday that one portion of the review -- which he has tapped U.S. Attorney John Durham to lead -- would cover the time period between Election Day and Inauguration Day, saying “some very strange developments” took place during that time.

Barr specifically was referring to the early January 2017 briefing intelligence officials gave then-president-elect Trump at Trump Tower, and “the leaking of information subsequent to that meeting.”

At that meeting, Trump was briefed by intelligence and law enforcement officials on Russian election meddling -- and was also informed by former FBI Director James Comey about the now-infamous anti-Trump dossier which included salacious allegations against him. Details later leaked to the press. 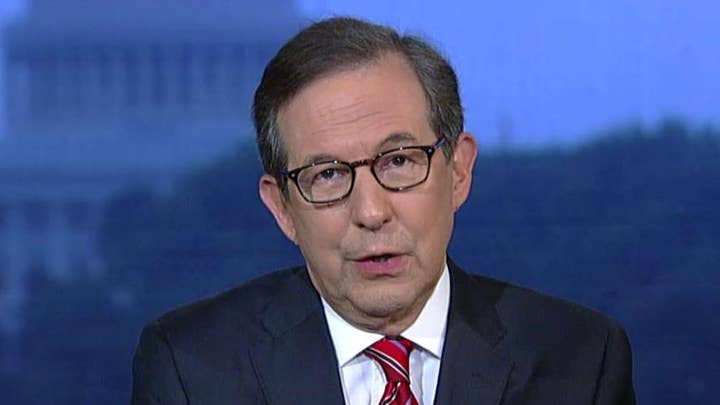 Barr also said the country must know “exactly what happened” with counterintelligence activities conducted during the 2016 election -- and he is determined to get to the bottom of the case.

In pointed terms, he fired back at Democrats who have castigated him over his handling of Special Counsel Robert Mueller's report -- calling Speaker Nancy Pelosi's charge that he lied to Congress "laughable" and dismissing an attempt to hold him in contempt of Congress. 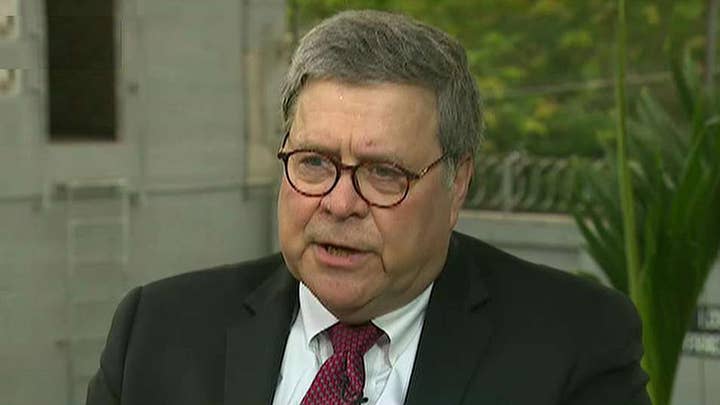 And the nation's top law enforcement official provided new details about the recently announced probe into the origins of the Russia investigation, defending his decision to pursue it and stressing that many of the answers he's gotten so far have been "inadequate." 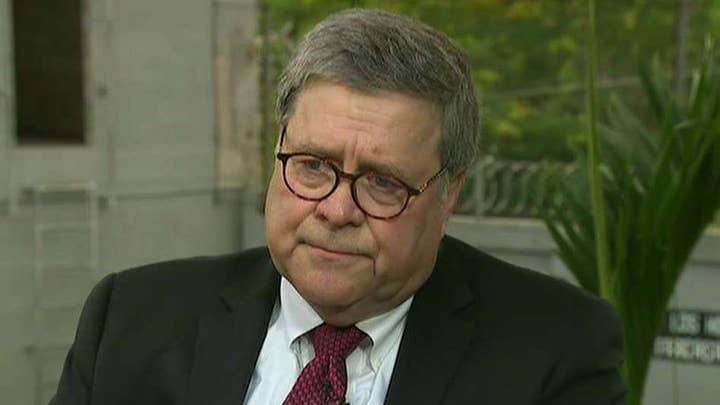