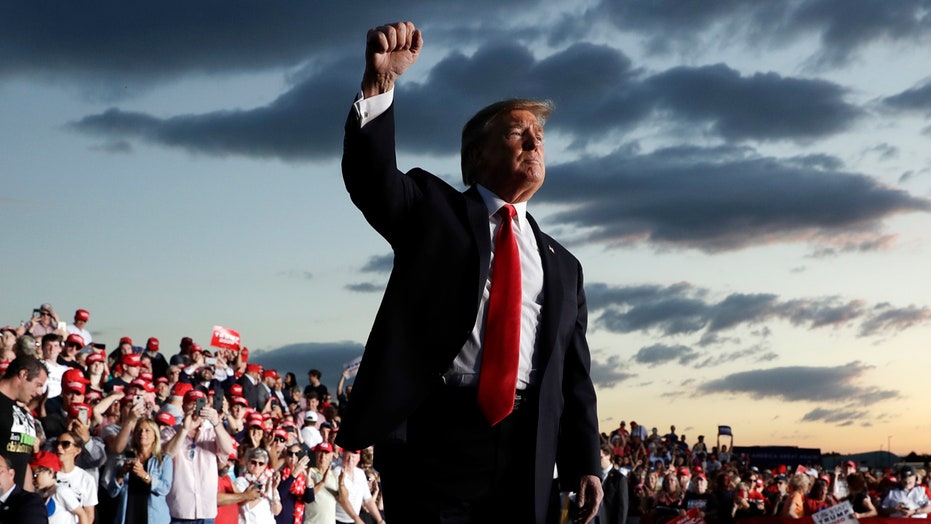 Are evangelicals the key to a 2020 Trump victory?

Reaction and analysis from Faith and Freedom Coalition founder Ralph Reed on 'The Ingraham Angle.'

President Trump was elected in large part by evangelical Christians and polling shows he is doing even better among faith-based voters, which conservative religious leaders hope to translate into votes.

Ralph Reed, the founder and chairman of the Faith & Freedom Coalition, told Laura Ingraham the evangelicals plan to mobilize even more for Trump in 2020.

"Trump got the largest share of this vote than anybody in the history of modern exit polling, even with that we estimate, there's somewhere between 15 and 17 million of those voters who either aren't registered to vote or they didn't turn out," Reed said Monday night on "The Ingraham Angle" ahead of Trump's Orlando re-election rally. "Our plan is to register -- grow the pie -- register a million to two million of these faith-based voters and that's a big deal because remember Trump won the presidency by a combined total of about 80,000 votes spread out over three states, so if you were to add 50-100,000 voters in these key states, it's a game changer."

In 2016, many who are now Trump's biggest supporters were backing other Republican presidential candidates throughout the primaries and a large bloc were hesitant to pull the lever until Election Day. But since his inauguration, many conservatives have celebrated his judicial appointments, pro-life and religious liberty policies, as well as his staunch support of the state of Israel.

And while Trump enjoys the support of prominent evangelical leaders like the Rev. Franklin Graham, Dr. Robert Jeffress, Jerry Falwell, Jr., and Paula White, Democratic presidential candidates have targeted Trump's character and faith early on in the primaries.

“I’m old enough to remember when Republicans talked a lot about character in the Oval Office,” Buttigieg said in an interview with Fox News. “And I’m a little bit puzzled that some leading figures on the religious right can look at somebody who has the track record that this president has on everything from the boasting about sexual misconduct to the payoff to somebody he’s having an affair and believe that that person ought to be the moral as well as the political leader of this nation. To put it mildly, it seems inconsistent.”

Guy Cecil, chairman of Priorities USA, took a shot at Reed and conservative evangelicals who support Trump on MSBC's "Morning Joe" show. Cecil blasted them as people who "conflate nationalism with their faith."

Reed said Cecil and his counterparts are going to be blind-sided in 2020 if they think Trump has lost support in key voting blocs.

"If the Left thinks that we're going to concede the Hispanic community and the African-American community to them, particularly in the pews, in 2020, they're in for a big wake-up call," Reed added. "We're going to be doing a lot in those communities as well."