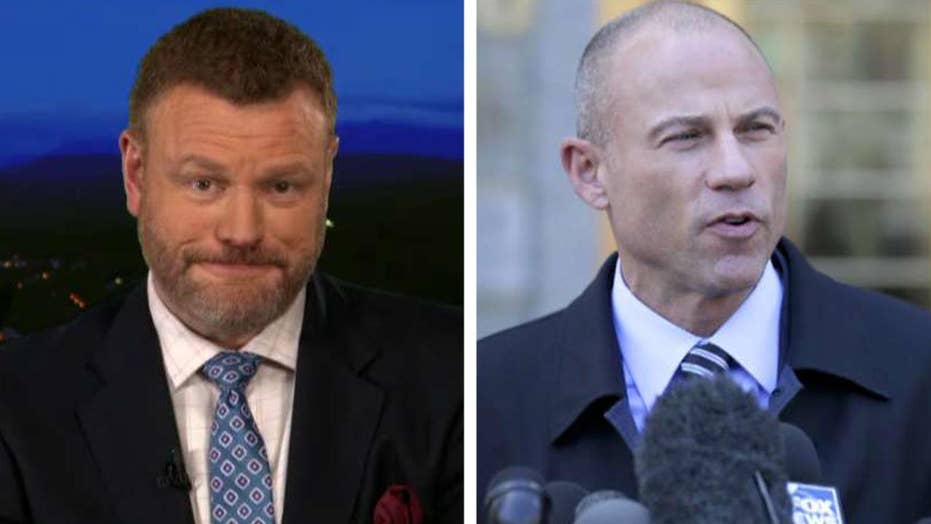 “I need to be divorced and if [Michael Avenatti] continues to paint the narrative, he can ignore our case!” Lisa Storie-Avenatti wrote in a text message from their home in Newport Beach, Calif. Storie did not explain what she meant by “the narrative” and how exactly Avenatti was ignoring the divorce.

Storie married Avenatti in 2011. Just months before he started pursuing the legal challenge against Trump, he filed for divorce. Court records claim Storie kicked him out of the house and changed the locks.

Lisa Storie-Avenatti continues to be married to Stormy Daniels' lawyer Michael Avenatti. She married him in 2011. (Twitter)

Avenatti has been on a non-stop media blitz since bursting onto the scene earlier this year and has appeared on broadcast and cable news shows a whopping 147 times and counting over the past 10 weeks, according to the Media Research Center. The study indicates that 74 of the appearances were on CNN “which almost certainly makes Avenatti the most ubiquitous guest in the network’s history.”

The New York Times reported on Thursday that television agent Jay Sures has pitched a debate program with CNN and MSNBC executives where Avenatti would battle former White House communications director Anthony Scaramucci on a nightly basis – but the outspoken lawyer claims he isn’t interested at the moment.

The irony of Avenatti painting himself as a champion of women while negecting the pressing domestic matter is evident in his own recent tweet.

“I need to be divorced and if [Michael Avenatti] continues to paint the narrative he can ignore our case!”

“We should all thank Stormy Daniels for her sacrifice and strength. The full extent of her courage will come into focus in the coming weeks,” he wrote in a tweet on Thursday.

The tweet was accompanied with a quote from poet Maya Angelou reading: “Each time a woman stands up for herself, without knowing it possibly, without claiming it, she stands up for all women.” 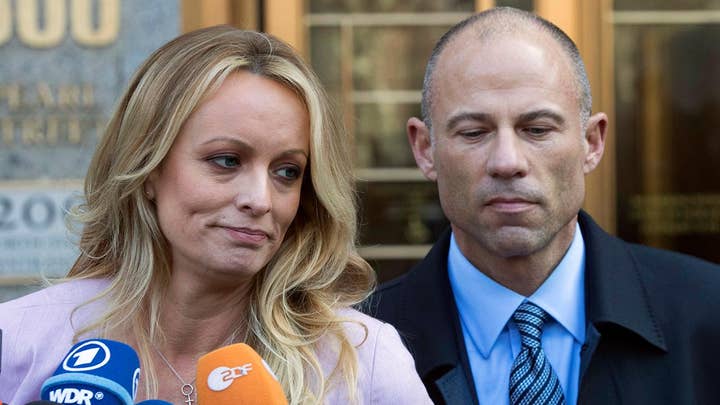 “Everyone reports we are divorced. That does not help my goal to get a divorce,” she said. “Can you imagine divorcing him?” she added.

The lawyer’s performances across Stormy-hungry media have earned him unchecked attention for months and brought him new friends over his scrutiny of Trump’s personal lawyer, Michael Cohen.

Along the way, however, Avenatti underwent scrutiny. He’s facing questions over his past business failings and how he obtained Cohen's bank records, while the State Bar of California is investigating him after a complaint was filed regarding allegedly unpaid taxes.

Among his new acquaintances is model and Billy Joel’s ex-wife Christie Brinkley, who was seen dining and chatting late into the night with Avenatti on Saturday, TMZ reported.

His wife was receptive to the news of a possible romance, saying “I’d be more than happy if he dated a nice woman.”

It remains unclear what the exact reason is for the divorce. Storie confirmed that she kicked him out of the house, though noted that it had nothing to do with Stormy Daniels. She declined an in-depth interview regarding the case, but asked to read court records and said, “Tell me where our money and his time has been spent.”

Court records detail Avenatti’s extravagant lifestyle, with monthly expenses running to about $40,000. He’s a noted collector of watches and artwork, uses a private jet to travel, and leases expensive cars, his wife claimed in case documents.

In a combative phone call with Fox News on Thursday, Avenatti said he had “no idea what you’re talking about.” 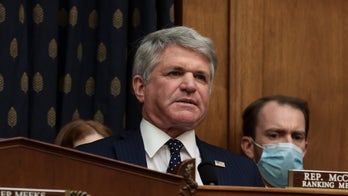