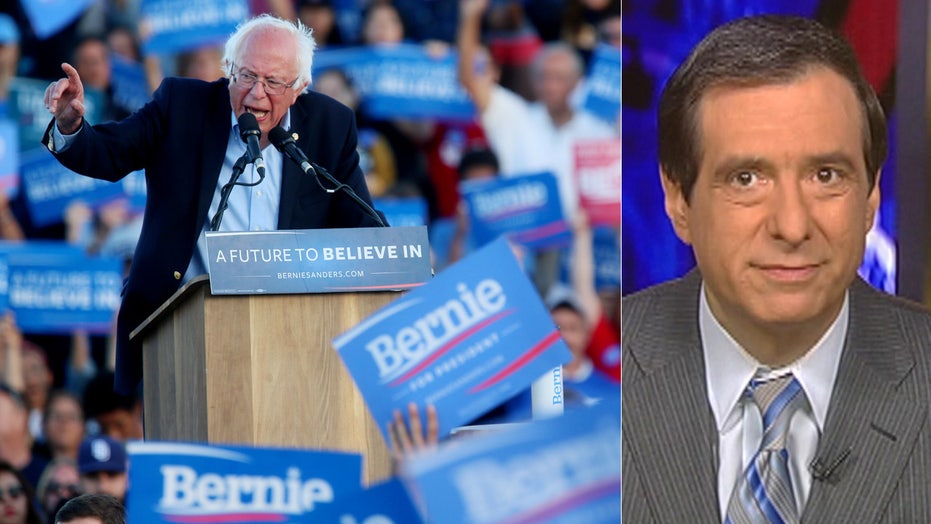 Is Bernie Sanders in denial, or just milking his moment?

With Hillary Clinton having now captured the 2,383 delegates needed to win the nomination today—as declared last night by the AP—the long contest would seem to be over.

Sanders says he’s heading for a contested convention in Philadelphia.

The Vermont senator risks looking like a sore loser, but at this point, what else has he got to do?

Many people forget that Sanders was not a Democrat until adopting the label last year to make his run. The Democratic establishment has been clearly lined up behind Clinton.

He doesn’t really owe the party anything.

Sanders was kind of marginalized as an independent member of Congress. Now he’s drawing huge crowds, raising big money and garnering endless media attention. Of course he doesn’t want to give up the limelight.

Plus, the man is 74 years old. It’s not like he can bide his time until 2020. Ted Cruz dropped his campaign against Donald Trump, despite repeatedly vowing to take the fight to Cleveland, because he’s young enough for another presidential bid. This is it for Bernie.

Now obviously he’s accomplished far more than anyone expected and gained a measure of clout within his new party. He’s already pushed Clinton significantly to the left. He can make demands for such things as platform concessions at the convention. I don’t see Hillary picking him as her running mate, given that he’d be 78 at the end of the first term, but stranger things have happened.

Maybe he's engaging in pregame bluster. Sanders told a presser he'll be returning to Vermont to "assess where we are" rather that discuss things based on "speculation." (Hillary had a media availability yesterday, perhaps signaling a shift in her limited-access policy.)

It’s clear, in retrospect, that Sanders might have had a shot at beating the Clinton machine. And that is prompting some early political obituaries.

“According to interviews with the candidate, his advisers, allies and other Democrats,” says the Washington Post, “Sanders fell short because of missed opportunities, a failure to connect with key constituencies and stubborn strategy decisions.”

Once his campaign got hot, “he struggled to connect with black and Latino voters, as well as with older Democrats, groups that carried Clinton’s candidacy. Sanders repeatedly clashed with another vital constituency — the party leaders whose votes as superdelegates he would ultimately need to pry the nomination away from Clinton.

“Sanders also overestimated the power of his economic message and, adamant that he run the kind of positive campaign that had been his trademark in Vermont, initially underestimated the imperative to draw sharp contrasts with Clinton.”

By failing to compete with Clinton in minority communities, Sanders won states with large white populations but fell behind to the point where he couldn’t catch up. Clinton, for instance, swept 73 percent of the vote in South Carolina.

By spending limited time on the trail and tending to Senate business in 2015, Sanders acted like a message candidate who didn’t expect to win—and by the time that changed, it was too late.

By saying he didn’t care about Clinton’s “damn emails,” Sanders gave up a major weapon and showed he wanted to fight only on “the issues.” But that only takes you so far.

Even if he ekes out a slight victory in California, the math is totally against Sanders. Of the superdelegates who have announced their support, 547 are for Hillary, 46 for Bernie. The weight that the Democrats give superdelegates may be totally unfair, but the notion that large numbers of them are going to flip for a guy who attacks the party system as rigged seems far-fetched.

The real question is whether all those Feeling the Bern will transfer their allegiance to Clinton, or whether a sizable number will defect to Trump or simply stay home. And that’s why Sanders’ tone is important.

Of course, reporters can also be tendentious. A female journalist asked Sanders yesterday whether it would be “sexist” for him to keep resisting the first woman to win a major-party nomination. He dismissed the question as not serious.

Clinton is talking about unifying the party. Her spokesman Brian Fallon told MSNBC yesterday, “I think it would be helpful to not seek to delegitimize the process that has led to Hillary Clinton clinching this nomination as will happen tomorrow night.”

So Hillary is going to declare victory. The press will say she’s the winner. And Bernie Sanders will have a hard time convincing anyone that he’s still got a shot at the nomination.