President Biden still hasn’t explained how he plans to pay for the cancelation of thousands of dollars of debt for student loan borrowers, which could cost taxpayers upwards of $500 billion.

Despite unveiling the policy last week, administration officials have yet to clarify how the proposal will be paid for in the long term. Since the current plan calls for the government to forgive the debt, that means taxpayers are likely on the hook for much of the principal and interest is dumped on top of the nearly $31 trillion in existing U.S. debt.

Fox News Digital has reached out to the White House multiple times inquiring how the Biden administration plans to pay for the student loan handout or whether it was eyeing future tax hikes to pay for it. On Sunday, a spokesperson responded by pointing to comments Friday by Bharat Ramamurti, deputy director of the National Economic Council, who claimed the plan is "fully paid for" through deficit reduction.

"It is paid for and far more by the amount of deficit reduction that we’re already on track for this year," Ramamurti said. "Like I said, we’re on track for $1.7 trillion in deficit reduction this year. That means, practically speaking, compared to the previous year, 1.7 trillion more dollars are coming into the Treasury than are going out. And we’re using a portion of that — a very small portion of it — to provide relief to middle-class families, consistent with the president’s plan."

President Biden announced that he was forgiving up to $20,000 in student loan debt, carrying an estimated price tag of $500 billion. (Bonnie Cash/UPI/Bloomberg via Getty Images)

Biden announced last Wednesday he plans to forgive $10,000 in student debt for borrowers making less than $125,000 annually. Pell Grant recipients will receive $20,000 in debt handouts, provided their income is below the $125,000 threshold. Administration officials claim that no individual or household in the top 5% of earners will benefit from the decision.

The White House is also extending a pause on student loan payments through the end of the year. Coinciding with the announcement is a new Education Department proposal that allows borrowers to cap undergraduate loan repayment at 5% of their monthly income, adding to the cost to taxpayers of the handout.

The National Taxpayers Union Foundation issued an analysis earlier this week estimating that if the student loan handout adds nearly $330 billion to the deficit over the next decade, as a budget model by the University of Pennsylvania's Wharton School of Business asserts, the average cost per taxpayer will be $2,085.

But that could be on the low end. The Committee for a Responsible Budget (CFRB) puts the cost of the handouts at between $440 billion and $600 billion.

"Over time, as loans don’t get repaid, the federal government will lose money that might otherwise have been paid back," the Wall Street Journal noted.

CFRB said in its report that the federal government will need to figure out a way in the future to make up for the forgiven loans, whether it be spending cuts or tax hikes. Much of it, the group predicts, will be via the latter. The group also said the plan will likely cost more than double the amount saved through the Democrats’ recently passed Inflation Reduction Act.

"Assuming that 75% of folks who take this on, the President's student loan cancellation plan, and you look at the average monetary, cash flow on that, it's going to be about $24 billion per year," she told CNN.

Sen. Marco Rubio, R-Fla., on Saturday's "One Nation with Brian Kilmeade" blasted the handout as "illegal."

"This is illegal. The president doesn't have the authority to do this. He's not an emperor. He can't just with the stroke of a pen cancel $300-$400 billion worth of student loans," Rubio said. "It's unfair. Eighty-five percent of the people in this country do not have a student loan. They either had one and paid it or they don't have one, and that 85% is gonna pay for the 15% who got a tangible benefit."

Rep. Tim Ryan said a few days ago that Biden's student loan handout "sends the wrong message" to Ohioans who don't have a degree and are "working just as hard to make ends meet." (Bill Clark/CQ-Roll Call, Inc via Getty Images)

Ryan said on CNN that the handout sent "the wrong message" in that it implied only student debt holders were struggling with the current economy.

"There’s a lot of people out there making 30, 40 grand a year that didn’t go to college. And they need help as well, which is why I’ve been proposing a tax cut for working people that will affect everybody," he said.

Paul Begala, a former adviser to Bill Clinton, criticized the handout on Sunday during CNN's "State of the Union," saying it was "terrible policy."

"Well it's bad policy as well as bad politics. For that amount of money, you could fund free pre-k for every 3 and 4-year-old for 10 years. You can do a lot more good for poor people, communities of color and the underprivileged by doing pre-k. You could forgive all medical debt, which unlike student debt is not freely entered into," Begala said, adding that he was a "progressive." 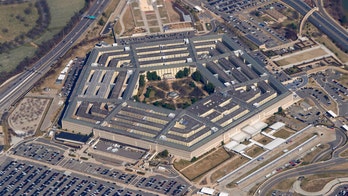 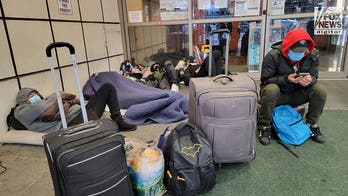