What information will senators learn from FBI Kavanaugh investigation? Insight and analysis on 'Hannity.'

The White House on Thursday announced that it has received the FBI's supplemental background investigation into President Trump's pick for the Supreme Court, Brett Kavanaugh, and is "fully confident" that he will eventually be confirmed to the Supreme Court.

The FBI was tasked by Trump last week to look into allegations of sexual misconduct leveled against Kavanaugh by three women. The investigation commenced after Dr. Christine Blasey Ford -- the first woman to come forward -- testified before the Senate Judiciary last week about her claims against the federal judge.

Raj Shah, the principal deputy press secretary for the White House, said the FBI report is currently "being transmitted to the Senate."

"With [Senate Majority] Leader [Mitch] McConnell’s cloture filing, Senators have been given ample time to review this seventh background investigation," Shah said in a statement posted to Twitter. “This is the last addition to the most comprehensive review of a Supreme Court nominee in history, which includes extensive hearings, multiple committee interviews, over 1,200 questions for the record and over a half million pages of documents.”

Shah said the “White House is fully confident” Kavanaugh will be confirmed to the Supreme Court in the Senate vote. 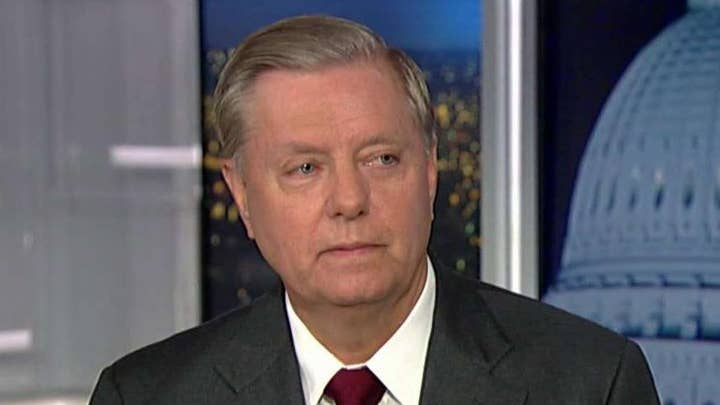 The Wall Street Journal reported late Wednesday, citing unnamed sources, that the White House had reviewed interview reports from the FBI’s probe into Kavanaugh and found no corroboration of the allegations of sexual misconduct.

The Journal pointed out that the FBI report may do little to provide clarity and essentially leaves senators in the same position as they were in last week: two witnesses giving different accounts on what occurred.

"An FBI supplemental background investigation that did not include an interview of Dr. Christine Blasey Ford -- nor the witnesses who corroborate her testimony -- cannot be called an investigation," the statement read. "We are profoundly disappointed that after the tremendous sacrifice she made in coming forward, those directing the FBI investigation were not interested in seeking the truth."

Ford told the committee that she was "100 percent" certain that Kavanaugh was her attacker. Kavanaugh has vehemently denied the allegations.

The announcement comes as senior congressional sources tell Fox News that the Senate Judiciary Committee has not received the FBI's report on Kavanaugh. Senators will be able to view the report Thursday in a secure area off the Senate subway.

McConnell on Wednesday filed for cloture to end debate on the nomination, setting up a key procedural vote for Friday -- and a possible confirmation vote as early as Saturday.

Committee Chairman Chuck Grassley, R-Iowa, and committee member Sen. Dianne Feinstein, D-Calif., would be given the first chance to look at the report.

Kavanaugh’s fate boils down to three Republican Senators: Jeff Flake, Susan Collins and Lisa Murkowski. Sen. Joe Manchin, D-WV., who is facing a re-election battle, has said he will make his decision after the FBI probe.

Republicans outnumber Democrats in the Senate 51-49, and – in the event of a tie – Vice President Mike Pence would be the deciding vote.

Rachel Mitchell, the sex-crimes prosecutor hired by the Senate Judiciary Committee to assist Republicans who questioned Ford last week, wrote in a memo released late Sunday that there seemed to be inconsistencies in her testimony and that she would not bring criminal charges against Kavanaugh.