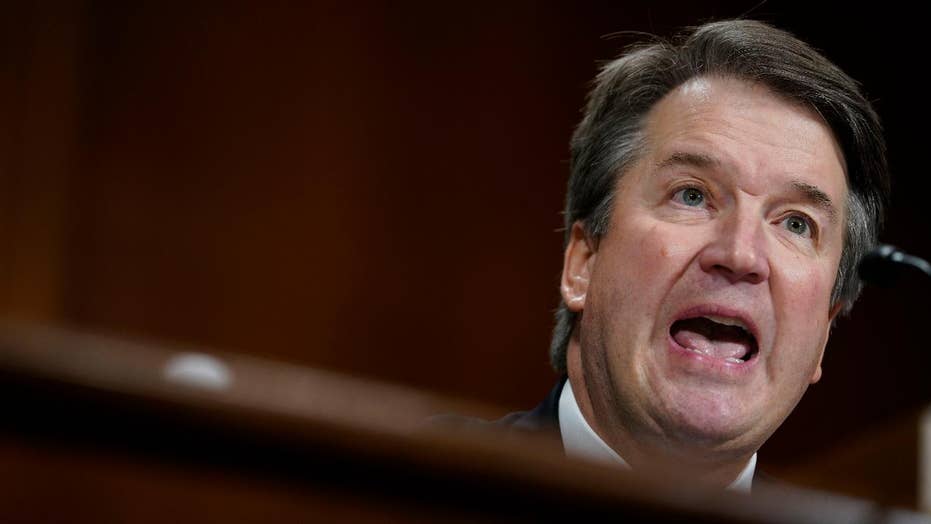 Attorneys for Dr. Christine Blasey Ford late Wednesday slammed the FBI background investigation into President Trump's Supreme Court pick, Brett Kavanaugh, after it was revealed that the agency's probe appears to be over.

Senate Majority Leader Mitch McConnell earlier filed for cloture to end debate on the nomination, setting up a key procedural vote for Friday -- and a possible confirmation vote as early as Saturday. McConnell also revealed that the Senate would receive the FBI's supplemental background investigation into Kavanaugh Wednesday night.

"An FBI supplemental background investigation that did not include an interview of Dr. Christine Blasey Ford-- nor the witnesses who corroborate her testimony-- cannot be called an investigation," the statement read. "We are profoundly disappointed that after the tremendous sacrifice she made in coming forward, those directing the FBI investigation were not interested in seeking the truth."

Two senators, both of whom are members of the Senate Judiciary Committee, told Fox News that they've been instructed to plan for a vote on Sunday.

Sources previously told Fox News that Senators and some aides would be able to start looking at the FBI’s background investigation on Thursday morning and that Senate Judiciary Committee Chairman Chuck Grassley, R-Iowa, and committee member Sen. Dianne Feinstein, D-Calif., would be given the first chance to look at the report.

The bureau's investigation, ordered last week by President Trump, was designed to look into allegations of sexual misconduct leveled at Kavanaugh, who has been accused by three women of separate alleged incidents. Christine Blasey Ford, the first woman to come foward, testified before the Senate Judiciary last week about her claims. Kavanaugh has denied the allegations against him.

Amid McConnell's remarks Wednesday night, Trump tweeted that there was "such enthusiasm and energy for Judge Brett Kavanaugh."

"Look at the Energy, look at the Polls. Something very big is happening," the tweet said. "He is a fine man and great intellect. The country is with him all the way!"

Two senior Senate sources told Fox News earlier that the report isn’t expected to be released publicly. Instead, the FBI is expected to send a single copy of the supplemental report on Kavanaugh to the Hill, where it will be kept in a safe in the Senate Judiciary Committee. All 100 senators and nine staffers will be authorized to read it.

In a letter to Schumer, McConnell said a briefing "would be unprecedented and irregular" and suggested that such a maneuver would be a tactic intended to stall a vote on Kavanaugh's nomination.

“And, in all candor, I believe it would be used to further delay this nomination—a goal about which you and your Democratic colleagues have been abundantly clear and single-minded in pursuing,” McConnell wrote.