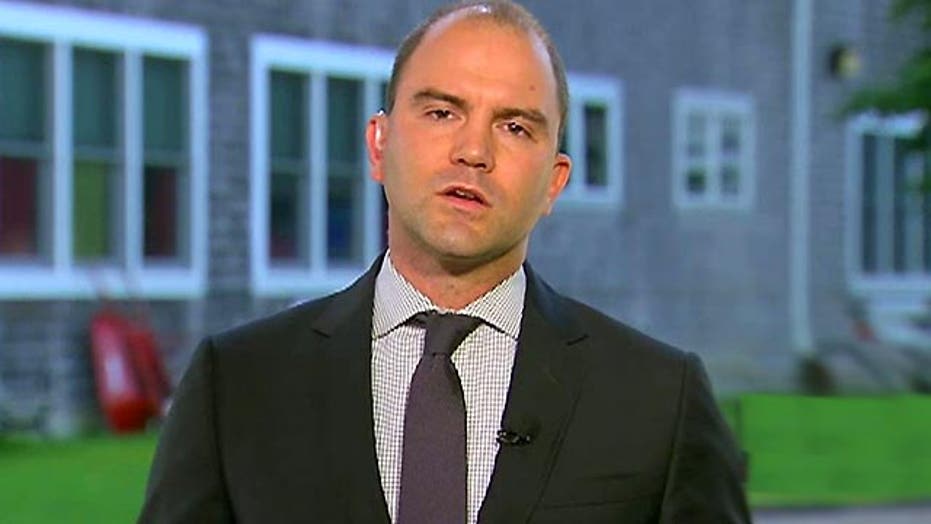 Deputy national security adviser on US mission in Iraq

A White House official on Tuesday defended President Obama’s Syria policy as “deliberate” in response to recent remarks by former Secretary of State Hillary Clinton, who said in an interview the “failure” to arm the country’s rebels left a “vacuum” for terrorists to fill.

In the interview with The Atlantic released Sunday, Clinton suggested that the president’s foreign-policy mantra of “don’t do stupid stuff” lacked sufficient depth.

Clinton declined to say whether the deadly, unexpected rise of the militant group Islamic State was the result of Obama several years ago not wanting to help build a moderate opposition to the regime of Bashar al-Assad in Syria.  However, she said the “failure” to help build up a credible rebel force “left a big vacuum, which the jihadists have now filled.”

Rhodes said on "Special Report with Bret Baier" that Clinton and Obama “reiterated that they’re in broad agreement on so many of the issues that we are confronted with around the world,” and called her a “great partner.”

In response to Clinton’s remarks on Syria, Rhodes said it is true Clinton supported providing military assistance to the Syrian rebels earlier than Obama, but that Obama had specific reasons for handling the situation the way he did.

“But the reason that the president was very deliberate in his decision making there is one, we wanted to make sure that we were providing assistance to people who we knew, so that it wouldn’t fall into the wrong hands given how many extremists were operating in that area,” he said. “And two, we didn’t see a plan that was going to decisively tip the balance against Assad.”

According to Politico, Clinton spoke with Obama Tuesday in order to “make sure he knows that nothing she said was an attempt to attack him.” Rhodes noted Clinton had discussed her views on Syria previously in her book “Hard Choices.”