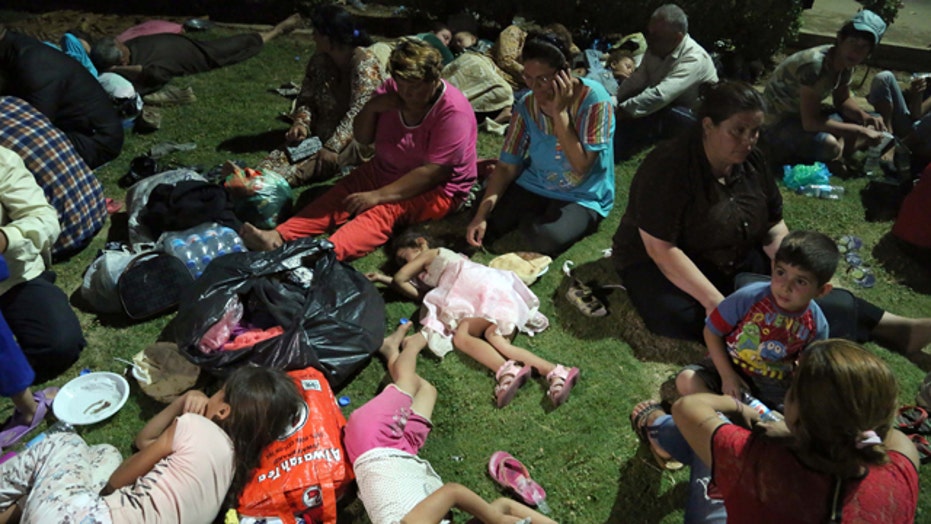 Media coverage of White House response to crisis in Iraq

Is preventing genocide in America's core interest? Pressed by journalists, White House press secretary Josh Earnest walked a fine line on Thursday noting that "each of these instances" will be "evaluated on a case-by-case basis in terms of what the United States of America can do to influence those situations."

While Earnest insisted the United States continues to be "a beacon of freedom and respect for basic human rights around the globe," the nuanced response didn't satisfy radio talk show host and Fox News contributor Tammy Bruce.

Appearing on Fox News' "Happening Now," Bruce told co-host Jon Scott: "He sounded like a 12-year-old who didn't know the answer to a question" adding, "this is a no-brainer. Everyone should be able to have an answer to that very quickly. And that young man did not. And that's a reflection of the administration."

Pulitzer Prize-winning journalist and Fox News contributor Judith Miller agreed, noting: "This is a very difficult question for Josh Earnest to answer given the way his president has defined the very limited nature of our engagement in Iraq."

Miller went on to praise members of the White House press corps "who have absolutely insisted that the administration begin to answer some core questions about what our foreign policy is."

"What about the Kurds -- our allies in the Middle East? Why are we not doing more to protect them? Does America's word mean anything?" Miller said. "These are the kind of questions that you're beginning to see the American media discuss on the air and in print. And it is long, long, long overdue."

After the exchange at Thursday's briefing, President Obama acknowledged that there was a potential for "genocide" in northern Iraq, and authorized airstrikes to protect civilians stranded on a mountain, as well as to protect U.S. personnel. The military launched what was described as a "targeted" strike on Friday morning against Islamic militants.