White House Deputy Press Secretary Hogan Gidley told The Todd Starnes Show Monday, “Frankly, I'm a little concerned for Democrats, and some members of the media (after the Mueller investigation). I don't know what they're going to do with their lives. There were so certain of this, and told so many lies over the past two years, invested a lot of time.”

“In fact," he added, "when you think about it, and this thing started back in June of 2016, it's almost three years and $30 million spent here, so I don't know what they're going to do with their lives now.”

Trump has spent months railing against former Justice Department officials, including former FBI Director James Comey, accusing them of an illegal witch hunt for the purpose of delegitimizing his presidency. He has also claimed that the investigation was based on memos compiled by former British spy Christopher Steele, and even blamed former Sen. John McCain, who died last year, for passing the memos to the FBI. But the investigation began months before the FBI ever saw the dossier — and the FBI already had a copy by the time McCain turned it in. 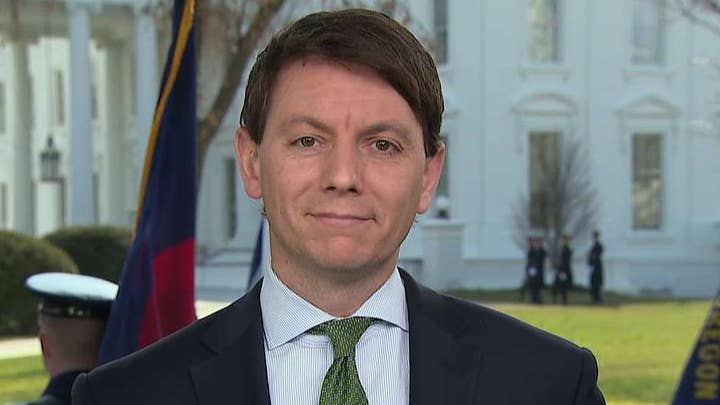 Trump, asked on Monday if he’d be okay with the release of the full report, responded: “Up to the attorney general, but it wouldn’t bother me at all.”

Gidley told Starnes: “The next step is to find out how did this happen. Who let this happen? When (then Director of National Intelligence) James Clapper and ( the CIA chief, John) Brennan came out and lied so many times, Comey lied so many times, and are out in the press saying, they have stone cold evidence of wrongdoing. They know exactly what happened.”

Among those whom Mueller charged during the course of his investigation were the president’s former campaign chairman, Paul Manafort, and his first national security adviser, Michael Flynn. Five Trump aides pleaded guilty and a sixth, longtime confidant Roger Stone, is awaiting trial on charges that he lied to Congress and engaged in witness tampering.

Monday morning, White House aides and allies blanketed television news broadcasts to trumpet Barr’s letter and claim that Trump had been the victim in a probe that never should have started. Democrats said they were still waiting for the full report, in addition to the underlying evidence that Mueller used.

Gidley told Starnes about Trump’s reaction to Barr’s vindication: “I was with him when right after I heard the news, and he was very excited, because look, anyone … when listening to your show right now, they know what it's like to be falsely accused of something, for people to bear false witness against that person. And to be exonerated in this manner in such a public way, when you have even like The New York Times and The Washington Post with headlines saying he's been cleared of all wrongdoing. It's just sweet justice.”