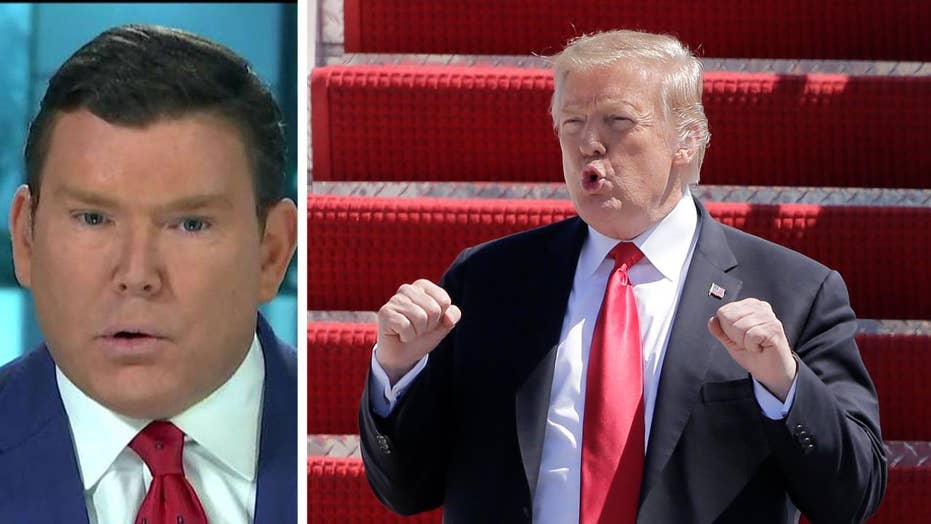 Bret Baier: This is a complete win for President Trump

According to Barr, the special counsel's investigation "did not find that the Trump campaign, or anyone associated with it, conspired or coordinated with the Russian government" or Russia-linked organizations in either "disinformation and social media operations" or "computer hacking operations designed to gather and disseminate information to influence the [2016] election."

In his letter, Barr added that he and Deputy Attorney General Rod Rosenstein had concluded that evidence collected by Mueller's investigators "is not sufficient to establish that the President committed an obstruction-of-justice offense."

White House Director of Social Media Dan Scavino was the first to react to the news, tweeting: "As we already knew, NO COLLUSION! Nothing different from what President @realDonaldTrump has been saying for the past TWO YEARS!!!"

Scavino was quickly followed by White House Press Secretary Sarah Sanders, who said in a statement: "The Special Counsel did not find any collusion and did not find any obstruction. Attorney General Barr and Deputy Attorney General [Rod] Rosenstein further determined there was no obstruction [of justice]. The findings of the Department of Justice are a total and complete exoneration of the President of the United States.”

"A great day for America and for President @realDonaldTrump," Sanders tweeted Sunday afternoon. "After two years of wild anti-Trump hysteria, the President and his millions of supporters have been completely vindicated."

Counselor to the President Kellyanne Conway tweeted her own congratulations to Trump, say that the president "won the 2016 election all over again" and "got a gift for the 2020 election."

"They’ll never get you because they’ll never 'get' you," said Conway, who added the hashtag "#Went2MichiganNotMoscow," in an apparent shot at the campaign of Democratic nominee Hillary Clinton.