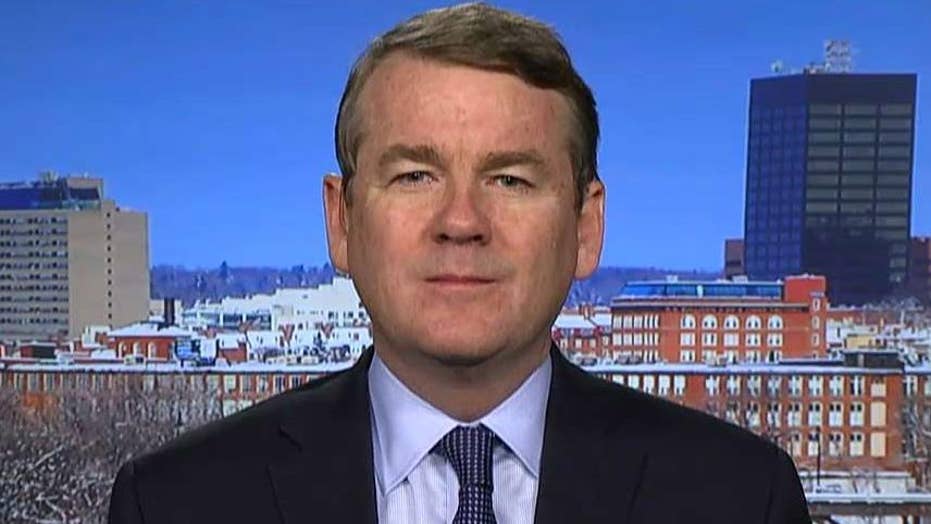 Colorado Democratic Sen. Michael Bennet's presidential campaign has struggled to gain attention in the leadup to the Iowa caucuses and New Hampshire primary, but the legislator is positioning himself as a less radical alternative to many of the top tier contenders.

Bennet is a former businessman who later got involved with Denver city politics -- eventually becoming the superintendent of Denver Public Schools -- before being appointed to the Senate in 2009. Early in his career, Bennet also clerked on the Fourth Circuit Court of Appeals and worked for the U.S. Justice Department.

Here is where the moderate senator with the "Real Deal" agenda stands on some of the top issues voters care about in the 2020 campaign.

Chosen for office to replace an Obama cabinet appointee, Bennet's health care plan includes a public option, similar to what the former president proposed with the Affordable Care Act but could not pass due to opposition in the Senate. Bennet would not eliminate private health insurance as part of his plan like his primary opponents Sens. Elizabeth Warren, D-Mass., and Bernie Sanders, I-Vt.

"It is a disgrace that we remain the only industrialized country in the world that doesn’t provide universal coverage," Bennet's website says. "As a nation, we spend almost double what other advanced economies spend on health care. Yet nearly 27 million Americans still lack health insurance. It is a moral imperative that we fix this."

Bennet would, however, allow illegal immigrants to receive benefits from government-run health care plans, like the majority of the Democratic field.

Bennet's "Real Deal" is more than likely a knock on Rep. Alexandria Ocasio-Cortez's "Green New Deal" -- which is supported by many of his rivals -- as unrealistic. When the resolution came up for a vote in the Senate, Bennet voted "present" like most Democratic senators.

Bennet does take climate change seriously in his rhetoric, however.

"Climate change is a global crisis that we must confront now," his campaign website states. "The majority of Americans believe climate change is real and humans are contributing to it. And they are demanding action by this generation. Yet climate deniers keep winning political battles that result in our doing nothing."

Bennet is also more moderate than his competitors on fracking. He would not ban the controversial method of extracting natural gas from underground.

Like most of the primary field, however, Bennet aims for the U.S. to reach net-zero carbon emissions by 2050.

This differs from a hike to 35 percent, the most popular idea in the Democratic field.

Bennet eschews a wealth tax -- a levy on net-worth rather than income -- that is embraced by the more progressive wing of the Democratic party. He calls his capital gainst tax increase a "smart wealth tax," however.

Bennet's moderate streak continues with his stance on border security. Though he's called President Trump's border wall proposal "medieval," he does not want to decriminalize illegal border crossings and was the architect of an immigration bill that allocated almost $50 billion for border security.

"I was the only one that didn't put their hand up last debate for open borders, and maybe that's because I was part of the 'Gang of Eight' that wrote the immigration bill in 2013 with John McCain," Bennet said on CNN in July. "That bill had a pathway to citizenship for the 11 million people that are here, it had the most progressive DREAM Act that had ever been conceived, but it also had $46 billion of border security."

One of Bennet's most high-profile moments as a Senator came last year during a government shutdown that was triggered by a fight over Trump's border wall.

For a senator from Colorado, Bennet has not been a vocal leader in the movement to legalize marijuana. He has, however, signed on to a number of bills that would make things easier on state marijuana industries, including the SAFE Banking Act, a bill that expands the financial services available to cannabis businesses by making clear that banks will not get in trouble for working with them.

He also co-sponsored a 2018 bill that would have decriminalized marijuana federally.

Bennet is also on the right of some of his fellow Democratic candidates on voting rights for felons. While Bennet would allow felons to vote once they are no longer incarcerated, he does not go as far as Sanders and Warren to consider allowing felons to vote from behind bars.

He does, however, fall in line with other Democrats in opposing the death penalty. The Trump administration has moved to resume federal executions despite legal hurdles.