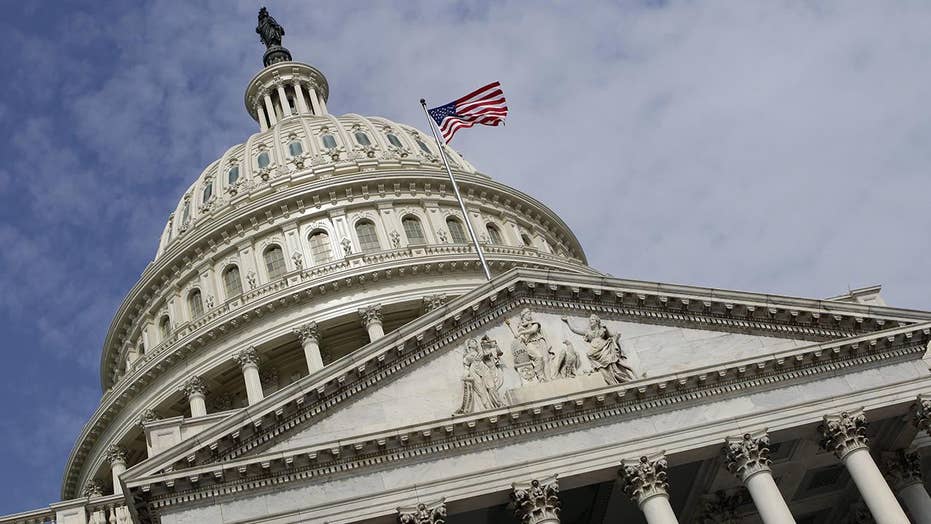 Are we about to see a partial government shutdown or will Trump sign the stopgap spending bill before the deadline?

President Trump rails against Democrats for not including border wall funding in the stopgap bill; GOP strategist David McIntosh weighs in.

He also praised Sen. Steve Daines, R-Mont., for supporting a precedent change in the Senate to get the spending bill – with his demand for border wall funding – passed.

Read on for a look at how the nuclear option could change the Senate.

What is the nuclear option?

The nuclear option would change Senate precedent, to require only a simple majority to pass a bill as opposed to the 60-vote majority required now. With a 60-vote threshold, the House-approved spending bill that includes $5.7 billion for a border wall has a slim chance of actually making it out of the Senate.

With a simple majority, just 51 senators – or 50, with Vice President Pence serving as a tiebreaker – would be needed to pass a spending bill that includes Trump’s border funding demands.

Trump has often implored the Senate to use the nuclear option to get immigration legislation passed since he’s been in the White House.

“Border Patrol Agents are not allowed to properly do their job at the Border because of ridiculous liberal (Democrat) laws like Catch & Release. Getting more dangerous. ‘Caravans’ coming. Republicans must go to Nuclear Option to pass tough laws NOW,” he tweeted in April.

Will McConnell do it?

McConnell has repeatedly said he would not go this route on legislation. Such a drastic change would likely struggle to pick up enough support – even among Senate Republicans.

Has anyone used it before?

Senate Republicans used the nuclear option in 2017 to overcome a Democratic filibuster and confirm Neil Gorsuch to the Supreme Court.

It was former Senate majority leader Harry Reid who first used the nuclear option in 2013 when he lowered the threshold of votes needed for nominees for federal court and other top positions.