President Biden issued an executive order Friday to review the Special Immigrant Visa (SIV) program for Afghan and Iraqi combat translators who helped the U.S. military, a program with tens of thousands of backlogged requests.

A White House release said the order would review practices to ensure the U.S. was honoring its commitment to helpful allies in war-torn countries, to expand the program and enhance access to the program for those vulnerable to persecution, including women, children and those who could be discriminated against for gender or sexual orientation.

"It just sends such an important signal if you stand with us and you stand against extremism we'll be there for you. We will honor that commitment," he told Fox News.

"I am, as are many conservatives, in favor of merit-based immigration, and I can't think of anyone more meritorious than those who have stood and fought with us rather than random lottery systems," Waltz continued. 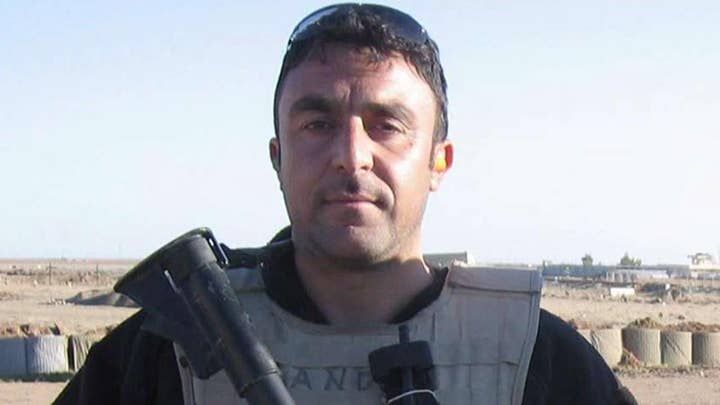 Waltz said he hoped to introduce a bill to expand the program to Kurdish interpreters.

Waltz said that both the Obama and Trump administrations had faced difficulties speeding up the long and arduous process, but the new order would require all departments involved — State, Homeland Security, and Defense — to report back to the White House how they were going to improve efficiency.

US SOLDIERS WELCOME AFGHAN TRANSLATOR WHO SAVED THEIR LIFE: SEE THE TEARFUL REUNION

"These people are coming from countries where you can't just look up their credit check or their background check," he said, adding that those who travel to the embassy for interviews for the visa must carry all of their documentation and risk being killed if they are stopped by the Taliban on the way.

"I had an interpreter we worked with that had that exact thing happen to him. While on the waiting list he was caught with his documents, they followed him home to his family, drug him out of his home and killed him and several of his cousins," Waltz said.

About 17,000 Afghan translators or others who helped the U.S. abroad are currently seeking special visas to resettle in the U.S., fearing retaliation from the Taliban and other terror groups. With immediate family members who would come too, the number increases to about 70,000 Afghans, according to The Washington Post. The number for Iraqis is estimated to be close to 100,000. No One Left Behind, a nonprofit dedicated to helping resettle translators, confirmed those numbers to Fox News.

The average wait time for a translator to make it through the 14-step program to obtain a visa is three years, and in December, more than 1,000 Afghan and Iraqi interpreters signed a petition pleading with Biden to simplify the process.

"I am so scared cant go any where even when i am going to my work place i feel today is my last day because every day target killing is going on," wrote Khaliqdad H., in Afghanistan. "help me please go get out of this place. help me please." 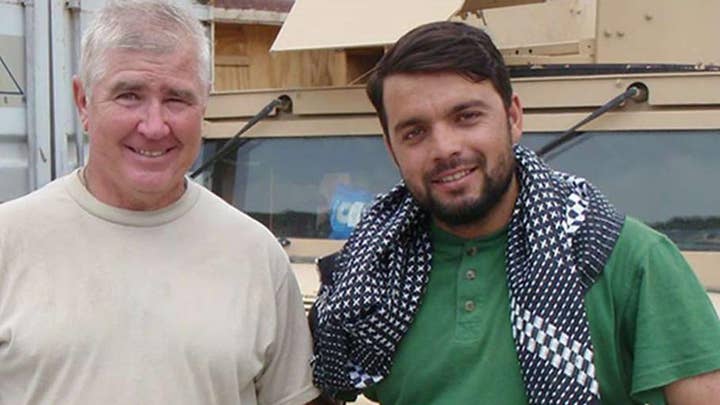 "I was sufferd to much from being Interputer with the US army ( and my family )," wrote Abdullah A., in Iraq.

No On Left Behind said Friday it had identified at least 300 translators and family members who had been killed for working with the U.S.

"We are humbled and incredibly grateful for President Biden and Vice President Harris' bold action," the nonprofit said in a news release. "This will save the lives of thousands of our partners and will have a profound impact on U.S. national security."

Of the 30,000 SIV families living in the U.S., most of them were driving Uber and Lyft as a primary source of income, one that could have been ripped out from under them as a result of the pandemic. No One Left behind has been working to provide aid to these families.