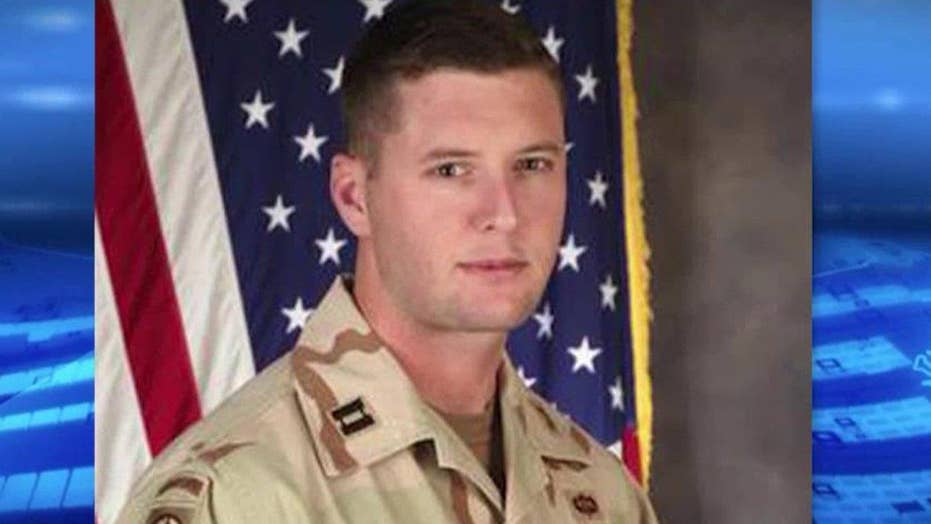 Veteran honored to serve as Under Secretary of the Army

Millions of Americans fired up their grills and headed off to the beach this holiday weekend for the unofficial start of summer.

But for Army veteran Patrick Murphy, this is a Memorial Day unlike any other.

The former active-duty captain is now the Army's second-highest ranking civilian – serving as under secretary of the Army since January. In that role, Murphy oversees the management and operation of the U.S. military's largest branch, an organization whose size and scale rival that of a Fortune 10 company.

“It's being back home right now, to be back with these soldiers,” Murphy told Fox News.

Now, Murphy faces the challenge of a lifetime: Running the world’s premier fighting force at a time of declining resources, and making sure it continues to attract America’s best.

And boosting recruitment is a fundamental goal.

To this day, military service tends to run in the family. According to Murphy, 79 percent of the Army's current recruits have family members who also served. Murphy himself is a third-generation veteran.

But even as the country is engaged in its longest-running wars, less than 1 percent of the population has served.

"Right now, we bring in about 132,000 Americans each year -- and leave each year. Whether they serve for three years or 30 years, we need America's sons and daughters," Murphy said.

A new kind of Army success story, however, may prove valuable in recruiting younger generations.

"These stories aren't out there and we have to do a better job of not just telling our story, but asking other Americans to tell our story," Murphy said.

Murphy understands the toll of military service better than most in Washington. He was deployed twice overseas – first to Bosnia in 2002, and then to Iraq in 2003. While there, his unit lost 19 men in combat.

“Serving as a member of the 82nd Airborne Division, I led convoys up and down ambush alley in Baghdad,” said Murphy. “I wished the folks in Washington understood war and what we’re asking of our sons and daughters.”

That sentiment brought Murphy to Washington in 2007, as a freshman member of Congress – the first Iraq war veteran to serve on Capitol Hill. A Democrat, Murphy represented Pennsylvania’s 8th District in the U.S. House, serving on the Armed Services and Appropriations committees. He lost his seat in 2010 when the Tea Party wave rolled through Congress.

At the time, the Army’s budget was nearly $240 billion. Today, that number hovers closer to $150 billion.

While Murphy knows the strain felt by soldiers on the ground, he also knows Washington’s political imperatives – and so he makes the case that the Army can do more with less.

He says the administration's budget gives the Army the right resources.

“The answer isn’t about size,” he explained. “The principal strategic issue being addressed is not force structure, but readiness. This is our number one priority."

Not everyone agrees on the issue of resources. Earlier this year, Republican lawmakers pushed back hard on Army plans to cut thousands of active-duty soldiers.

In a letter to colleagues earlier this month, Senate Armed Services Committee Chairman John McCain, R-Ariz., called for an end to the “budget-driven reduction,” citing threats from the Islamic State, Russia and beyond.

This Memorial Day, as he struggles with these competing pressures, Murphy said his job is to make sure troops are “prepared to go into harm’s way” – and to ensure “they are the best-manned, best-trained and best-equipped Army this nation has ever seen.”