Judiciary Committee Chairman Jerry Nadler, D-N.Y., said on Monday that the House Democrats latest probe into the Trump administration is necessary to make sure it “is not a dictatorship.” (CNN)

Within hours of House Democrats launching a sweeping probe into President Trump’s affairs on Monday, Judiciary Committee Chairman Jerry Nadler, D-N.Y., said the investigation was necessary to make sure the Trump administration is not a dictatorship.

Nadler made the comments during a Monday appearance on CNN’s "Erin Burnett OutFront." 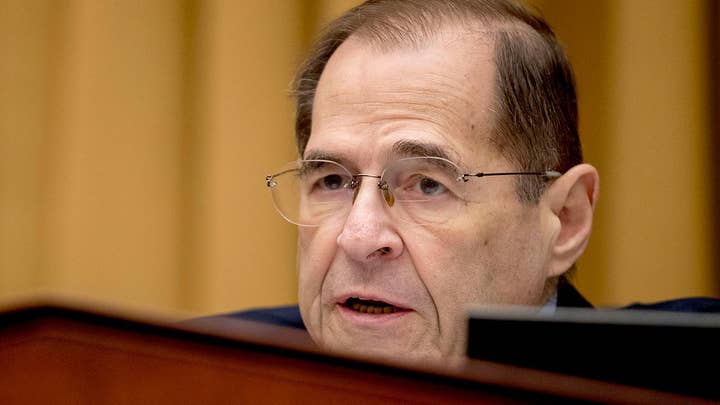 “[Y]ou’ve had two years of sustained attacks by an administration of the nature that we haven’t seen probably in a century or more, against the free press, against the courts, against law enforcement administrations...against freedom of speech,” Nadler added.

After opening a new avenue in their investigations into Trump on Monday, Nadler said the Judiciary Committee served document requests to 81 agencies, entities and individuals, as part of a new probe into "alleged obstruction of justice, public corruption, and other abuses of power by President Trump."

“We have to make sure, as to what is true and what is not true,” Nadler said. “And maybe come up with legislative limits on power or maybe do other things. But we have to make sure that this is not a dictatorship and that the rule of law is respected.”

Fox News' Alex Pappas and Gregg Re contributed to this report.