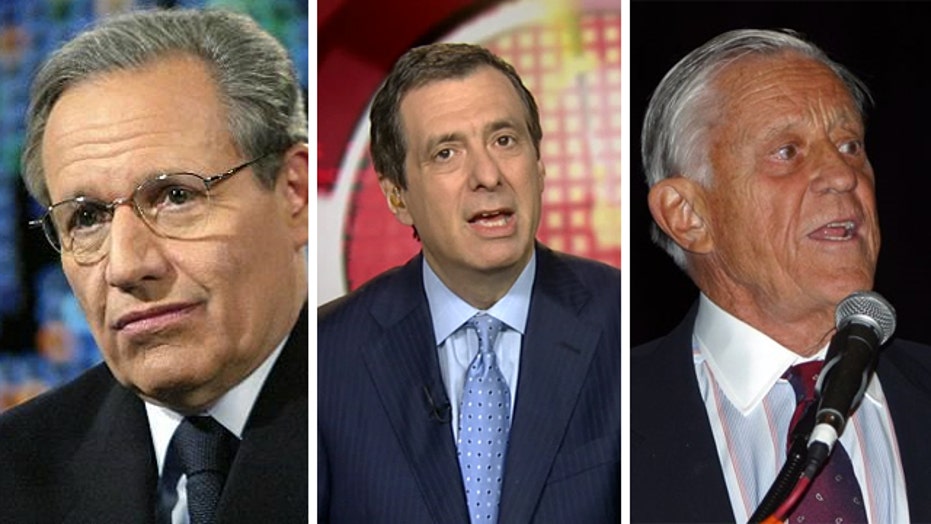 The Watergate story has been told so many times—and again now in the wake of Ben Bradlee’s death—that it has hardened into myth.

A conversation with Bob Woodward yesterday reminded me of what a slog the actual reporting was, and how much the business has changed.

Newspapers were hugely influential players on the political scene back in the days before cable news and websites, before Facebook and Twitter. And reporting was more of a hands-on proposition when there was no email, no cellphones, and you couldn’t Google anything—research was done with yellowed clippings and microfilm.

There are some terrific investigative reporters working today, particularly in the national security area. Some, like James Risen, live under the threat of jail. Others, like Fox’s James Rosen and some Associated Press staffers, have been subjected to secret surveillance.

But rarely in history has a news organization bet its future in the way that the Washington Post did during those tumultuous years when it faced legal threats from the Nixon crowd and the White House had targeted many journalists on its enemies list.

Looking back, it seems preordained that the Woodward-Bernstein duo would crack the case and Richard Nixon would resign. That’s the Robert Redford/Dustin Hoffman/Jason Robards version. But there were no such assurances when the reporters began looking into ties between the five burglars caught trying to break into DNC headquarters and the Nixon reelection campaign.

Nor did Deep Throat—senior FBI official Mark Felt—just hand over the story in a parking garage; he would only confirm information the reporters had already obtained. “That movie has complicated the issue, because so many people have seen it, and they subconsciously confuse it with the truth,” Bradlee told me in 2005, referring to “All the President’s Men.”

Bradlee “didn’t approach journalism as a way of making moral judgments,” Woodward said yesterday. “It was a way of finding out what happened.”

What the Post reporters did was knock on doors at night and try to persuade people to contradict the official lies about the coverup unfolding inside the administration and the campaign. Sometimes the trail grew cold. In one case they made a glaring front-page error, saying that a witness had accused White House chief of staff H.R. Haldeman of controlling a secret Watergate fund. Haldeman did, but the witness wasn’t asked about it.

Bradlee backed up his boys. He could have pulled them off the story and turned it over to more seasoned correspondents. But this was an editor who wrote screw-you letters to disgruntled readers. Few news executives in this era of sensitivity would try to get away with the stuff he pulled.

“I had many conversations with Bob and Carl, you know, essentially saying, ‘Are you sure you're right? Are we sure we're right?’ And they assured me, and they proved it to me,” Bradlee said.

He also had a tendency to shoot off his mouth. During the Iran-contra scandal, Bradlee made what he would later dismiss as a “casual-ass remark” on the tennis court that he hadn’t had so much fun since Watergate. The Reagan administration jumped on this as proof that the Post was enjoying the story a little too much.

One footnote to Watergate took place nine years ago, when Mark Felt, by then suffering from dementia, agreed to spill his secret to Vanity Fair. The Post had to decide whether to get beaten on its own super-secret source.

“Well, here was the problem,” Bradlee told me. “Woodward made a promise to Felt that he would never reveal his name. Woodward told me who Deep Throat was back 30 years ago, 33 years ago, and I gave my word to Woodward. So I had to really be freed by Woodward before I could get involved at all. And we had a discussion about whether the fact that Felt himself went public with what he had put us under an oath of secrecy, whether that amounted to a release. I thought it did.” But Woodward did not, and again, Bradlee backed him up.

Today, each incremental Watergate story would be picked apart, minute by minute, on social media. The partisan media would choose up sides, Bradlee would be vilified as a JFK intimate, and Woodward and Bernstein accused of hounding a Republican president.

But the principles of pursuing such a momentous story remain the same: Keep your head down, keep digging, keep piecing things together, and be grateful if you’ve got a boss who will stand by you no matter what. Those are lessons that still echo from the days when stories were pounded out with carbon copies on manual typewriters.

Note: Bradlee's funeral will be next week. The Woodward interview will air on Sunday's "MediaBuzz."