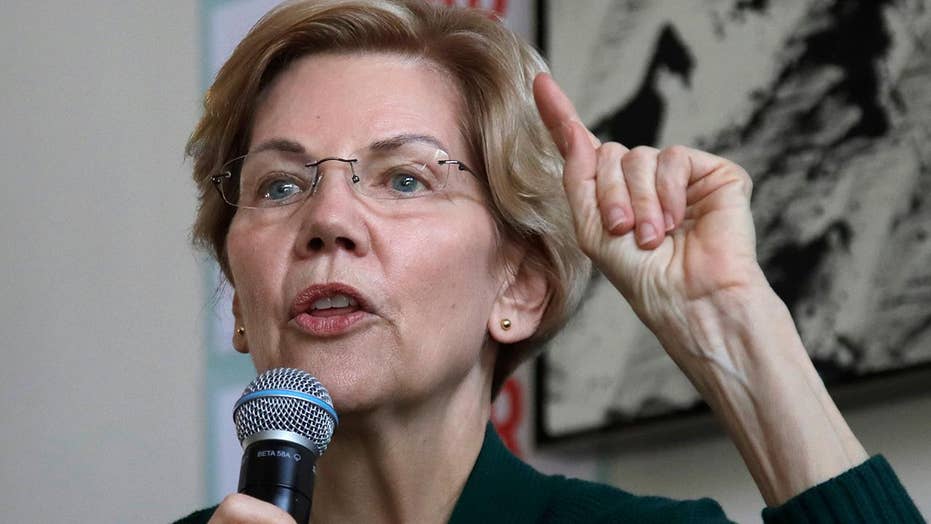 The Democrat from Massachusetts used the release to once again highlight a bill she’s pushing that would mandate that the Internal Revenue Service publicly release the tax returns of the president, vice president, presidential candidates and federal officeholders.

“I’ve put out eleven years of my tax returns because no one should ever have to guess who their elected officials are working for. Doing this should be law,” Warren said in a statement, in a likely jab at President Trump and possibly rival Bernie Sanders.

But the details of her high income also come as the candidate doubles down on calls to tax the rich. Warren’s campaign released the candidate’s returns minutes after the senator concluded a speech to a union crowd in the nation’s capital where she once again pushed for her proposal to tax ultra-wealthy Americans based on their assets.

“I’m in this fight for a wealth tax. A two percent tax on the 75 biggest fortunes in the country. Two percent. That’s all we’re asking,” the populist senator with a history of taking on Wall Street and big businesses highlighted as she addressed a gathering of the North America's Building Trades Unions.

“We could provide universal childcare for every working parent in America. Universal pre-K…. for every child and still have $2 trillion left over,” she explained.

Her comments Tuesday could be interpreted as an indirect jab at Sen. Sanders, a rival for the Democratic presidential nomination who’s making his second straight White House bid. The independent senator from Vermont didn’t release his returns during his 2016 presidential campaign and has faced numerous calls this time around to report his taxes.

Sanders announced Tuesday in an interview with the New York Times that he'll release 10 years of tax returns on Monday. Those filings are expected to show that the so-called democratic socialist made millions from book sales.

Warren’s comments also appeared to be a dig at Trump. Both as a candidate for the White House and as president, Trump has refused to release any of his federal income tax returns. The now-Democratic controlled House of Representatives is pushing for the president to release six years of his returns.

Trump on Wednesday repeated his vow not to release his taxes, claiming he's under audit. The president’s broken with decades of precedent by refusing to disclose his returns both before and after winning the White House.

Besides Sanders, Sen. Cory Booker of New Jersey, former Rep. Beto O’Rourke of Texas, and South Bend, Indiana Mayor Pete Buttigieg are among those White House hopefuls who’ve yet to release their returns. But tax returns are not due to the IRS until next Monday, April 15.