Vermont lawmakers are pushing for a bill that would make abortion a constitutional right in the state. Opponents of the bill point out that the bill makes the preborn child constitutional property with fewer rights than an animal.

Vermont lawmakers are pushing for a bill that would make abortion a constitutional right in the state, going way beyond the law that New York recently passed.

Vermont's law, critics say, strips away any and all rights of the fetus and makes abortion-on-demand for any reason.

The right to abortion bill, which has 91 co-sponsors, goes beyond the scope of Roe v. Wade, which protects a fetus that can survive outside the mother's womb. In Vermont, an abortion could be performed up until the point of birth for any reason.

"I think it's completely dangerous, irresponsible, poorly written and should be voted down," Mary Hahn Beerworth, of Vermont Right to Life Committee, told the local news.

Planned Parenthood, the largest abortion provider in the nation, helped draft the bill.

"Legislators did come to us to ask us for our opinions and for our input on the bill, and I think that's because they see us as experts. We are experts in this field and in the area of reproductive rights," Lucy Leriche, of Planned Parenthood of Northern New England, told NBC 5. "What the bill basically does is codifies those exact same abortion rights that Vermonters have enjoyed for the last 46 years." 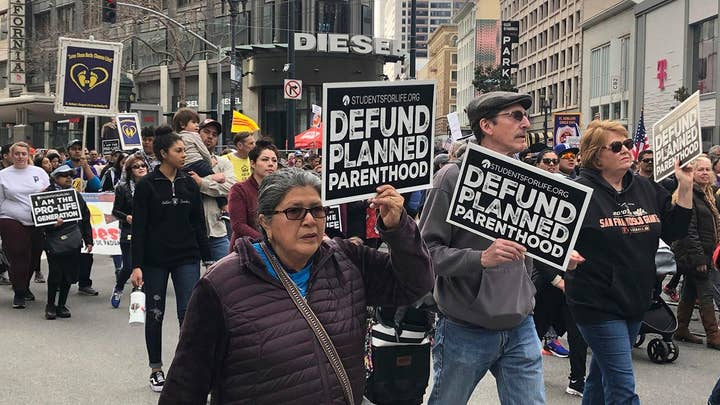 The bill seeks to "safeguard the right to abortion" in the state.

"Every individual who becomes pregnant has the fundamental right to choose to carry a pregnancy to term, give birth to a child, or to have an abortion," the bill reads in part. "A fertilized egg, embryo, or fetus shall not have independent rights under Vermont law."

Opponents of the bill point out that the bill makes the preborn child constitutional property with fewer rights than an animal, does not have any age restrictions and does not protect women from being coerced into having an abortion, among other concerns.

Patricia Blair, who was pregnant with twins when a driver slammed into her vehicle, killing both her unborn babies, said this bill does nothing to protect the rights of the unborn.

“This bill isn’t protecting all women’s rights,” Blair told VT Digger. “It’s only protecting the rights of women who choose death for their children.”

A public hearing is scheduled for Wednesday afternoon at the Vermont statehouse.

In light of the New York law passed and celebrated by Gov. Andrew Cuomo and Virginia's proposed bill, with comments that appeared to be infanticide, President Trump called on Congress to pass a bill prohibiting late-term abortions during his State of the Union address Tuesday night.