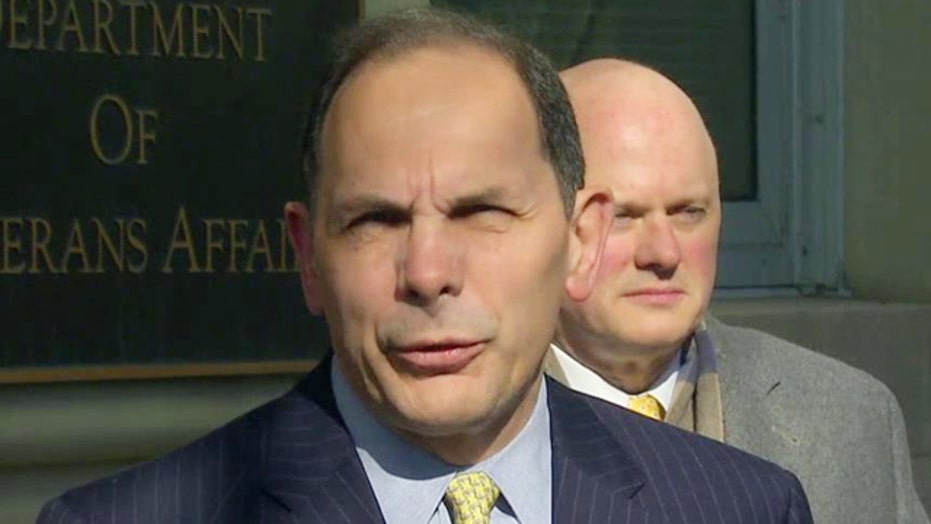 Veterans Affairs Secretary Robert McDonald on Tuesday apologized for lying about serving in the special operations forces in a conversation with a homeless veteran that was caught on camera earlier this year.

McDonald made the claim in January while he was in Los Angeles as part of the VA's effort to locate and house homeless veterans. During the tour, a homeless man told McDonald that he had served in the special operations forces.

"Special forces? What years?" McDonald responded. "I was in special forces." The exchange was broadcast on "The CBS Evening News" Jan. 30. McDonald's misstatement was first reported by The Huffington Post.

McDonald graduated from the U.S. Military Academy at West Point in 1975 and completed Army Ranger training before being assigned to the 82nd Airborne Division until his retirement in 1980. According to the Huffington Post, while McDonald was formally recognized as a graduate of Ranger School, he never actually served in a Ranger battalion or other special operations unit.

"I have no excuse," the website quoted McDonald as saying in its report. "I was not in special forces."

In a statement released Monday by the VA, McDonald said: "While I was in Los Angeles, engaging a homeless individual to determine his veteran status, I asked the man where he had served in the military. He responded that he had served in special forces. I incorrectly stated that I had been in special forces. That was inaccurate and I apologize to anyone that was offended by my misstatement."

At a news conference outside VA offices on Tuesday, McDonald also told reporters he made the misstatement in a conversation with a homeless veteran he was trying "to connect with."

McDonald added: "I apologize for that. I have no excuse for it."

The VA secretary has drawn expressions of disappointment, but no demands for his resignation. "A lie is a lie," said Michael Helm, national commander of the American Legion, the largest veterans service organization. "I can't believe people do this."

McDonald told the Huffington Post that he had "reacted spontaneously and ... wrongly" in response to the homeless man's claim.

"As I thought about it later, I knew that this was wrong," McDonald said of his false statement.

Republican lawmakers on Tuesday were critical of McDonald over the false claim, but indicated they want to keep the focus on reforming the department itself.

"After a rough couple of weeks that also included inflated claims of accountability at the Department of Veterans Affairs, I hope Sec. McDonald will redouble his efforts to ensure his statements -- and those of all VA officials -- are completely accurate. This is the only way the department can regain the trust of the veterans and taxpayers it is charged with serving," he said in a statement.

Rep. Mike Coffman, R-Colo., called the misstatement an error but said "it doesn't dim the fact that he served honorably."

He said: "We should all take him at his word and Washington shouldn't spend the next two weeks arguing about it. The Secretary has a job to do -- clean up the scandal-plagued VA. This latest controversy shouldn't shift one iota of focus away from that long overdue task."

The White House released a statement Monday evening saying that it had accepted McDonald's explanation.

"Secretary McDonald has apologized for the misstatement and noted that he never intended to misrepresent his military service," the statement said. "We take him at his word and expect that this will not impact the important work he’s doing to promote the health and well-being of our nation’s veterans."

After leaving the Army, McDonald went on to a successful corporate career, eventually becoming Chairman, President, and CEO of Proctor & Gamble. He became VA secretary this past July, as the agency was dealing with the fallout from the scandal of long patient wait times at VA hospitals.