Venezuela dictator Maduro remains in power despite efforts to oust him

"The transfer of long-range missiles from Iran to Venezuela is not acceptable to the United States and will not be tolerated or permitted," said Elliott Abrams, the State Department Special Representative for Iran and Venezuela.

"We will make every effort to stop shipments of long-range missiles, and if somehow they get to Venezuela they will be eliminated there," added a senior administration official.

The officials provided no information that such shipments were imminent. They only claimed that Iran and Venezuela are a likely pair for arms deals. 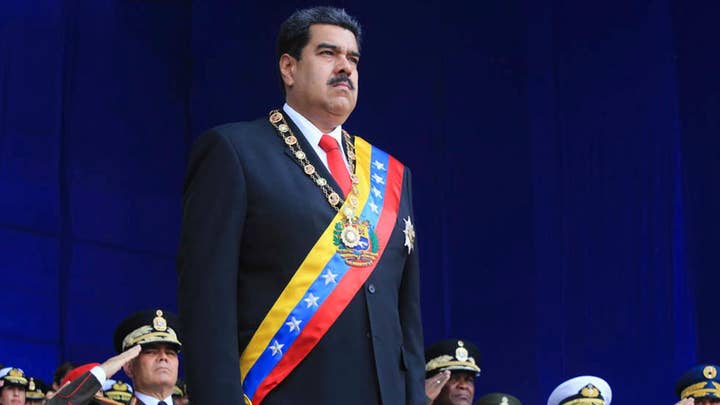 "Iran has announced its intention to engage in arms sales, and Venezuela is an obvious target because those two pariah regimes already have a relationship," said Abrams. "Venezuela is paying in gold to buy gasoline from Iran, and there is an Iranian presence in the country. Venezuela’s economy has collapsed, so every bar of gold for Iran is tens of thousands of dollars the Venezuelan people need for food and medicine."

"Iran has shipped missiles to the Houthis, so we know they are ready, willing, and able to ship them to Venezuela and other possible buyers," said the administration official. "Every delivery of Iranian arms destabilizes South America and the Caribbean, and is especially dangerous to Venezuela’s neighbors in Brazil, Colombia, and Guyana."

“Missiles and terrorism are key components of Iranian security policy. Iran has already spread Lebanese Hezbollah, its chief proxy, throughout South America,” said Behnam Ben Taleblu, a senior fellow at the Foundation for Defense of Democracies. “Potential Iranian missile or military shipments to South America will constitute a major test of the administration's arms embargo on Iran. Russia and China will be watching closely to see how Washington responds.”