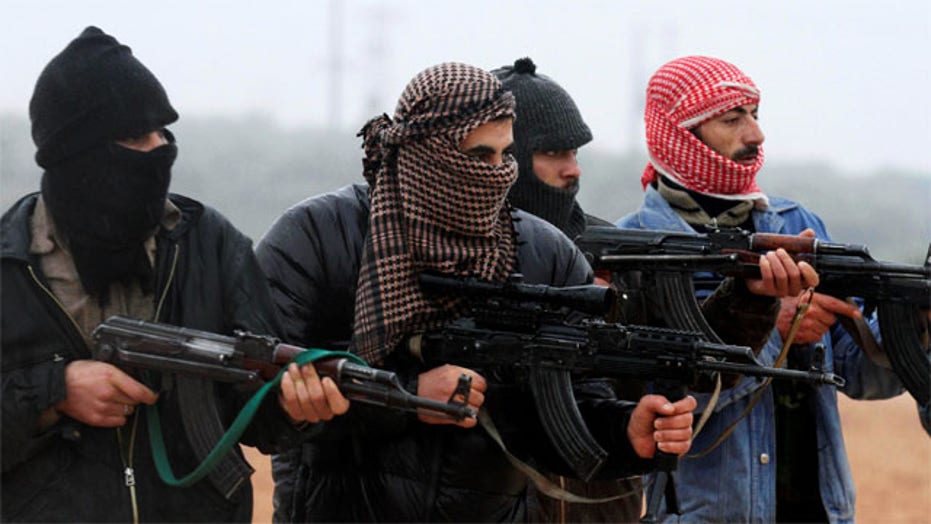 U.S. officials are reportedly considering expanding the airstrike campaign in Syria to target an Al Qaeda-linked group that is a rival to the Islamic State, after the extremists reportedly overran Western-backed Syrian rebels in key strongholds.

The Washington Post reported Tuesday that U.S. officials have grown increasingly concerned about the advances of the Al Qaeda-linked Nusra Front as it closes in on the key Bab al-Hawa crossing on Syria’s border with Turkey. The crossing is only one of two border crossings that the Free Syrian Army can use to get supplies and aid from the U.S. and others.

However, a senior administration official told the Post that there was no proposal yet on the table for making a decision about airstrikes against Nusra Front.

“There are a lot of possibilities that are always being discussed. I don’t want to make it seem like we’re on the verge of an announcement,” the official said. “We want to help the opposition, we want to keep the border crossings open, and we’re looking a lot of things.”

The Post reported Monday that the Obama administration’s efforts to train and equip moderate opposition forces in Syria suffered a major setback over the weekend when Nusra Front fighters overran the rebels in key strongholds and threatened to advance deeper.

According to the Post, Free Syrian Army rebels surrendered or defected as Nusra fighters trampled towns and communities in the province of Idlib. The Associated Press reported that the Nusra fighters have since amassed near the border town of Bab al-Hawa.

The Nusra Front and the Islamic State are bitter rivals, and there was no evidence that the two acted in unison in the latest push. It appeared the Nusra Front sought to control a key supply line to the Syrian rebels fighting against President Bashar Assad's rule.

A former military intelligence officer who keeps ties to Free Syrian Army commanders told Fox News that Nusra fighters have indeed made advances against Syrian rebels in Idlib. The source told Fox News he has spoken with his contacts in Idlib about the developments, and that the defeats in Idlib leave the major city of Aleppo as “the last hope for the Free Syrian Army.”

In addition, the Post reported that the political umbrella for the Free Syrian Army has asked U.S. officials for three days to provide emergency assistance to the fighters, but has not heard back. The administration official told the Post that they were unaware of the request, but “you can imagine in situations like this that the Syrians and Iraqis make requests all the time.”

Defense sources on Monday downplayed the reports of Nusra gains. One senior Defense official said they were “not tracking anything as big or catastrophic” as reported in the Post article.

“There are ‘battles’ all the time between these groups, and we've yet to see anything I would characterize this way,” the source said. “Territory trades hands in local areas many times, and it is sometimes talked about in exaggerated terms to build propaganda."

White House Press Secretary Josh Earnest said Monday he could not confirm the reports and said the administration is still assessing the situation.