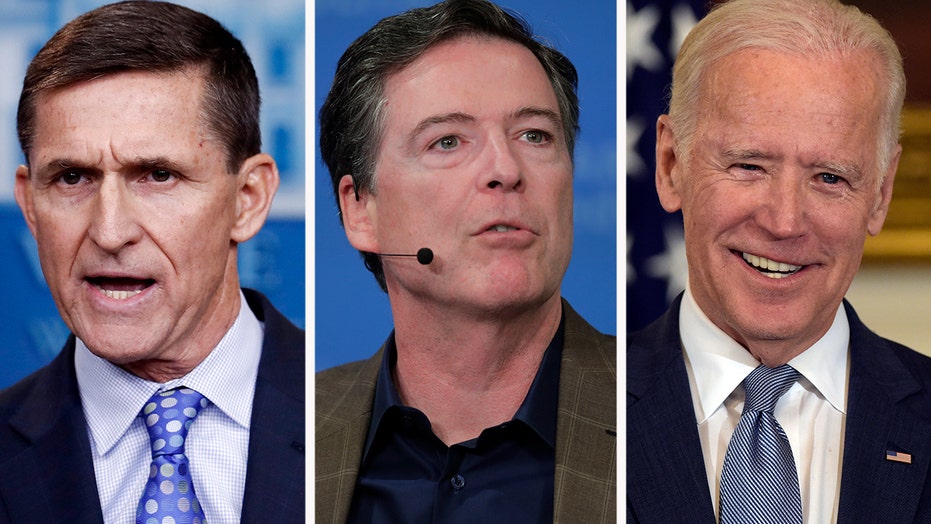 Officials who sought to 'unmask' Flynn include Biden, Comey, others

The release of a once-secret list of Obama-era officials who sought to unmask what turned out to be the identity of Michael Flynn in intelligence reports has fueled demands from Republican lawmakers for more information about the extent of the practice — specifically during the presidential transition period.

Those demands reflect suspicions by President Trump allies that the list showing requests to “unmask” Flynn only represents the tip of the iceberg. However, sorting out which requests may or may not have been in any way improper is sure to be a challenging task.

Data obtained by Fox News shows that thousands of unmasking requests have been fulfilled every year across both the Obama and Trump administrations, reflecting the often routine nature of these requests in intelligence work. The practice is regarded as an important national security tool, a view reflected by these numbers.

During 2016, the last year of the Obama administration, there were 9,217 unmasking requests fulfilled.

The numbers reflect how frequently national security and intelligence officials use this tool in their work. Unmasking occurs after U.S. citizens' conversations are incidentally picked up in conversations with foreign officials who are being monitored by the intelligence community. The U.S. citizens' identities are supposed to be protected if their participation is incidental and no wrongdoing is suspected. However, officials can determine the U.S. citizens' names through a process that is supposed to safeguard their rights. In the typical process, when officials are requesting the unmasking of an American, they do not necessarily know the identity of the person in advance.

But Republicans are highly suspicious of the number of unmasking requests made concerning Flynn, and have questioned whether other Trump associates were singled out. The list released Wednesday only covers the period of time between Election Day 2016 and the inauguration.

He added: “I specifically want to know how many unmasking requests were made, if any, beyond General Flynn regarding members of the Trump campaign team, family, or associates.” 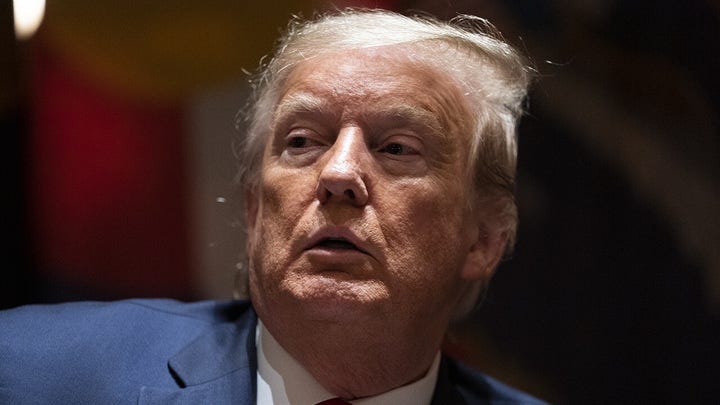 Meanwhile, Sen. Rand Paul, R-Ky., said he was “greatly disturbed” by the list of unmasking requests concerning Flynn and said that the newly released information “gives a window into possible abuses of power motivated by political decisions, by individuals at the highest levels of government, including Vice President Joe Biden.”

The heightened speculation came after Sens. Chuck Grassley, R-Iowa, and Ron Johnson, R-Wis., made public a list of Obama officials who purportedly requested to “unmask” the identity of Flynn, who at the time was Trump’s incoming national security adviser.

The list was declassified by Acting Director of National Intelligence Richard Grenell and sent to Grassley and Johnson.

As Fox News previously reported, Grenell already made the decision to declassify information about Obama administration officials who were involved in the “unmasking” of Flynn — whose calls with the former Russian ambassador during the presidential transition were picked up in surveillance and later leaked. His case has returned to the national spotlight after the DOJ moved to dismiss charges against him of lying to the FBI about those conversations, despite a guilty plea that he later sought to withdraw.

The declassified list specifically showed officials who “may have received Lt. Gen Flynn’s identity in response to a request processed between 8 November 2016 and 31 January 2017 to unmask an identity that had been generically referred to in an NSA foreign intelligence report,” the document said.

"These documents have absolutely nothing to do with any FBI investigation and they confirm that all normal procedures were followed -- any suggestion otherwise is a flat out lie,” Bates said. “What's more, it's telling that these documents were selectively leaked by Republicans abusing their congressional powers to act as arms of the Trump campaign after having them provided by a partisan official installed for this very purpose.” 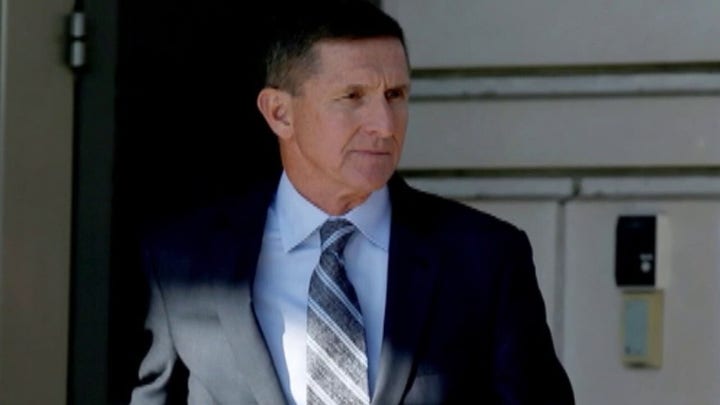 Meanwhile, President Trump blasted the Obama administration over the revelations and claimed that "it was the greatest political crime in the history of our country."

"If I were a Democrat instead of a Republican, I think everybody would have been in jail a long time ago, and I'm talking with 50-year sentences. It is a disgrace what's happened. This is the greatest political scam, hoax in the history of our country," Trump said during an exclusive interview Thursday with Fox Business' Maria Bartiromo. "People should be going to jail for this stuff and hopefully, a lot of people are going to have to pay."

He added: "No other president should have to go through, and I'll tell you, Gen. Flynn and others are heroes, heroes, because what's happened to them. They weren't after Gen. Flynn. They wanted him to lie about me. Make up a story."