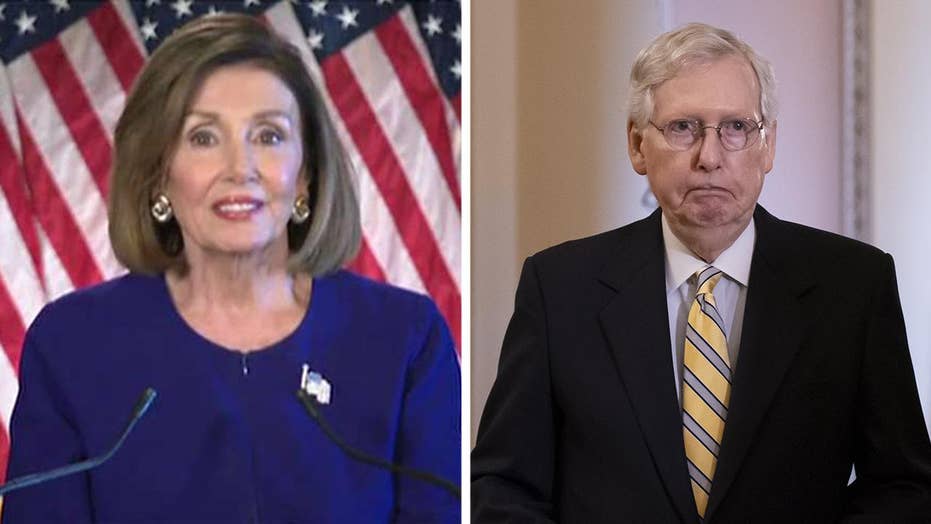 Select members of the congressional intelligence committees on Wednesday afternoon received the whistleblower complaint and related documents that has sparked an impeachment inquiry into President Trump, reviewing the materials in closed session.

The chairman of the Senate Select Committee on Intelligence, Richard Burr, R-N.C., told Fox News he and several other members of the congressional intelligence panels were still in the process of reading the complaint, which raised red flags about a July 25 phone call between President Trump and the Ukrainian leader.

House Intelligence Committee Chairman Adam Schiff, D-Calif., thanked the whistleblower for coming forward after reviewing the complaint and said that he would "do everything possible to protect you."

"I think that what this courageous individual has done has exposed serious wrongdoing," Schiff told Fox News as he left the SCIF -- sensitive compartmentalized information facility -- on Wednesday."I think the travesty is that this complaint was withheld as long as it was because it was an urgent matter. It is an urgent matter. And there was simply no basis to keep this from the committee."

Rep. Eric Swalwell, D-Calif. told Fox News that the complaint "doesn't change anything about the urgency and the credibility of the issue, and we will press the DNI [director of national intelligence] tomorrow to, you know, produce the full report."

Neither Schiff nor Swalwell would confirm the specifics of the complaint and related documents that they reviewed.

On a related note, the House also voted on a resolution Wednesday to have the complaint by an unnamed member of the intelligence community be released to the House and Senate Intelligence Committees before hearings on Thursday with Acting Director of National Intelligence Joseph Maguire are scheduled to take place.

Senate Intel Vice Chair Mark Warner said he's "still processing" the complaint he read but added, "it's going to make the testimony received tomorrow all that more important to get some questions cleared up."

Senate Minority Leader Chuck Schumer, D-N.Y., said he's "even more worried about what happened than I was when I read the memorandum of the conversation. There are so many fact to be examined."

Elise Stefanik, R-N.Y., after reviewing the complaint tweeted: "I do not support impeachment of President Trump. I have just read the whistleblower complaint made available to House Intelligence Committee Members. I believe strongly in transparency and it should be immediately declassified and made public for the American people to read."

House Speaker Nancy Pelosi, D-Calif., said Tuesday that there will be a formal impeachment inquiry against Trump. Dems have accused him of "unprecedented and highly inappropriate efforts" to discredit the whistleblower and violate the law by not sending the August complaint to Congress.

The White House released a summary of notes from the July 25 conversation between Trump and Zelensky in hopes of tamping down calls for impeachment.