Fox Nation host Tyrus on Thursday hit back at House Democratic Caucus chairman Hakeem Jeffries, D-N.Y., for comparing President Trump to a Ku Klux Klan leader -- but also acknowledged that a small portion of Trump's base does harbor intolerant views.

“We have a hater in the White House. A birther in chief. The Grand Wizard of 1600 Pennsylvania Ave.,” Jeffries said during a Martin Luther King Jr. Day speech on Monday.

“As a brother, if you’re going to use the term ‘Grand Wizard,’ it better stick,” Tyrus said on Fox News Channel’s “Outnumbered,” adding that the Klan term was inappropriate.

Jeffries defended his language on Wednesday morning on CNN but conceded that the president wasn’t a “card-carrying member of the KKK.” 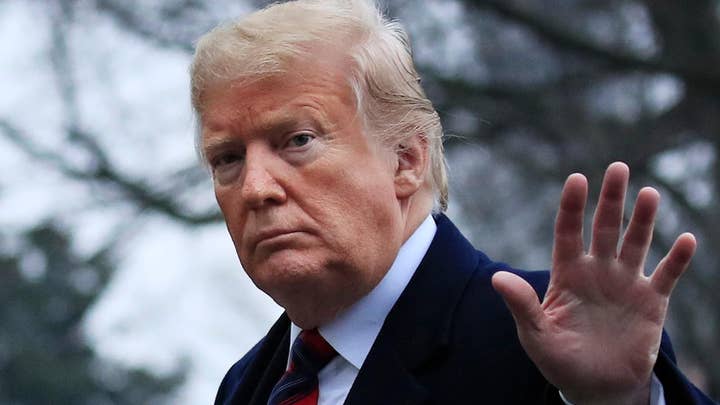 “Do I think that Trump needs to be better on racism? One hundred percent,” Tyrus said.

He later added, “Sometimes it’s hard to defend supporting the White House when things happen when he needs to speak and be a leader for everybody.”

Tyrus also addressed the racist elements that he feels have adopted the president’s “Make America Great Again” slogan and hijacked its intent.

“Unfortunately, I would say 10 percent of the population that voted for President Trump has a different view,” Tyrus said. “They have embraced it as ‘Make America White Again.’ Unfortunately, due to that particular group that takes something that was about galvanizing America has turned it into something ugly.”