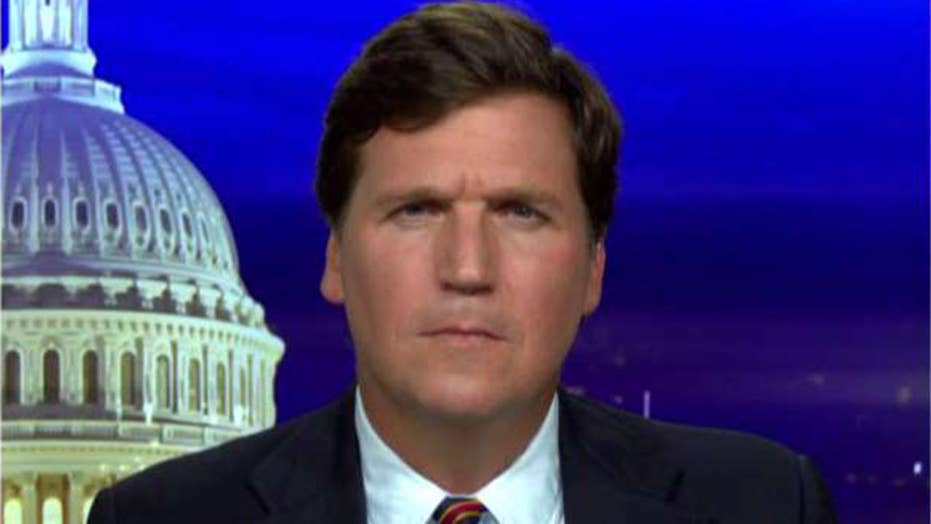 Fox News' Tucker Carlson vented his frustration on Friday with Democrats, criticizing them for their reaction to President Trump giving Attorney General William Barr authority to declassify information related to the origins of the Russia probe and accusing them of trying to "distract" Americans.

Trump on Friday promised to uncover the origins of the Russia investigation for all to see after he approved the declassification of documents related to the surveillance of his campaign during the 2016 presidential election.

"While Trump stonewalls the public from learning the truth about his obstruction of justice, Trump and Barr conspire to weaponize law enforcement and classified information against their political enemies.  The coverup has entered a new and dangerous phase.  This is un-American," Schiff tweeted Thursday.

"For two and a half years we listened to their absurd theories about Russian collusion. The goal was to distract us from the implications of the 2016 election. And more broadly to keep Americans from noticing what is happening to their country. The dying small towns, the needles and garbage flooding the big cities, the overrun border, the Middle Eastern wars that persist for no reason. The grotesque and growing income inequality on the coast. The rise of China abroad, etc. these are actual problems. In some cases they are full-blown crises," Carlson explained.

Carlson added, "They need solutions and serious people to think about those solutions every day this farce about Russia and coverups continues is another day that America gets weaker and more divided."