The demonstrations included IEDs and rocks being thrown towards Israeli troops, as the soldiers responded with teargas and live ammunition; Trey Yingst reports from Jerusalem.

President Trump’s plan for peace between the Israelis and Palestinians will be presented Tuesday in Bahrain, as part of what the White House calls an “opportunity of the century” nearly two years in the making.

The “Peace to Prosperity” venture, which was rolled out over the weekend and is being officially proposed in Manama during a two-day workshop, seeks to raise about $50 billion. The plan offers “an ambitious, achievable vision and framework for a prosperous future for the Palestinian people and the region,” according to a White House statement.

The administration’s team -- led by senior White House adviser Jared Kushner; Jason Greenblatt, U.S. envoy for international negotiations; and David Friedman, U.S. ambassador to Israel -- has developed a detailed portfolio of projects to stimulate economic growth with the aim of doubling the Palestinian GDP and creating more than 1 million new jobs as well as reducing poverty and unemployment rates, Fox News has learned.

The plan is being likened to a Marshall Plan for Palestinians and the broader region. The Marshall Plan invested billions of dollars to shore up the economies of Western Europe following the end of World War II. 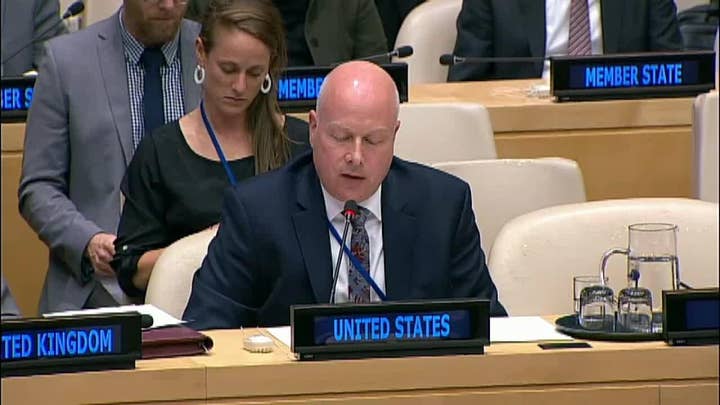 A senior White House official, speaking on background, said the Bahrain workshop is an “opportunity of the century,” for the Palestinians and the region.

The money will be earmarked for major infrastructure projects in the hope of leading to a domino effect for the Palestinian economy and neighboring Arab states. Tourism, water and energy projects are also expected to be a major part of the investments.

A White House fact sheet released Saturday said the money would be invested over 10 years and also would lead to major investment, not just for the Palestinians but also the neighboring countries of Jordan, Egypt and Lebanon. 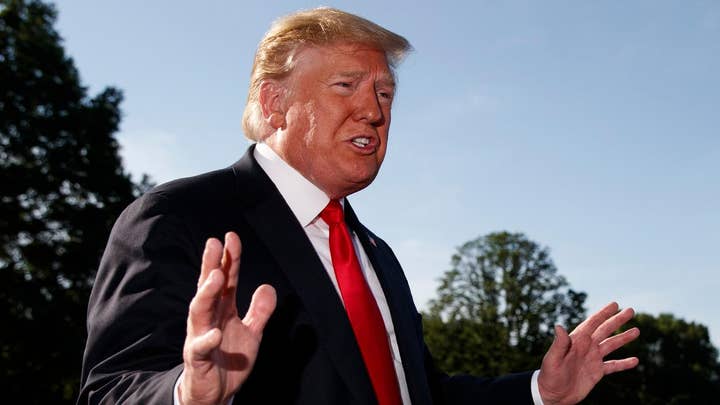 The growing number of workshop attendees may offer a clue that the world is ready to move on from years of stagnation and finally get some sort of agreement.

Still, problems remain. The Palestinians are boycotting the workshop and the Israeli government was not invited, though some Israeli business figures are expected to attend.

On Saturday, according to the Israeli news agency TPS, Palestinian Authority President Mahmoud Abbas dismissed the workshop saying, "As long as there is no political [solution], we do not deal with any economic [solution].”

Yet Israeli Prime Minister Benjamin Netanyahu was reported by the Times of Israel as saying he would that he would listen to the American plan and “hear it fairly and with openness.”

Fatah, the ruling group of the PA, has reportedly gone to great lengths to encourage protests and violence in the West Bank and Gaza on the days of the workshop -- even threatening fellow Palestinians who have shown an interest in going. Some Palestinians are undaunted and plan to attend.

But as the political climate of the region has changed, the Palestinians who had been trying to pressure Arab countries to sit out the Bahrain confab appear to have failed in having them boycott the event -- as senior officials from Saudi Arabia, Egypt, Morocco, the United Arab Emirates, Jordan and even Qatar are among those expected to attend.

“It’s a big victory that [Bahrain] is still happening,” said the senior White House official, who also wondered whether the strong attendance by influential Arab countries meant that the Palestinians still hold a pair of aces when it comes to having an automatic veto over the Arab world on the peace process.

The Palestinians at least can be happy that neither Lebanon nor Iraq will attend, and the European Union will only be sending a representative on the technical level. The United Nations is sending a deputy special coordinator for Mideast peace who also serves in a humanitarian role in the Palestinian controlled areas.

In an interview last month with Fox News, Jason Greenblatt, who was in New York for a U.N. Security Council meeting, said of the Palestinian boycott and dismissal of a plan they’d not even seen: “it was terribly frustrating for ordinary Palestinians.”

GREENBLATT: PEACE PLAN IS WEEKS AWAY

He continued, “I meet with them frequently, and this is the message they tell me. They understand they may not like aspects of the plan, but are upset that their leaders are saying they won’t even look at it. I feel terrible for the Palestinian people.”

At the same time as the Bahrain workshop begins, the United Nations is holding a donor conference in New York with the aim of raising $1.2 billion for UNRWA – its specialized agency for Palestinian refugees. The event is going to be attended by U.N. Secretary-General Antonio Guterres and other high-ranking U.N. officials.

The goal, apart from supporting the status quo, is to financially sustain the agency in the face of the United States pulling its funding to the controversial agency last year. UNRWA has been littered with accusations of anti-Semitism, teaching extremism to students and perpetuating the refugee problem.

The Bahrain workshop lasts through Wednesday. Once the reviews are in, the pressure will be on the administration to release the political part of the plan to seize on any positive momentum they take from Bahrain, but that might not happen until after new Israeli elections take place in September.