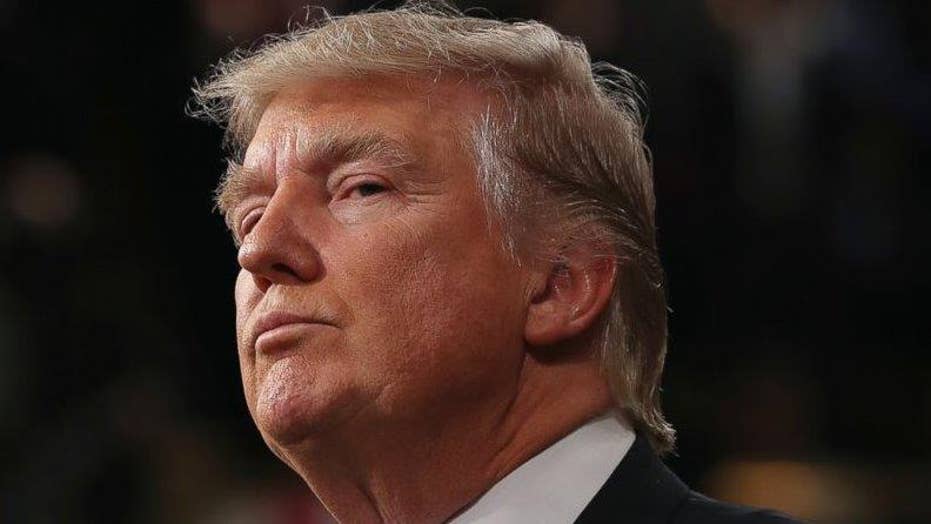 The winners and losers in Trump's financial plan

The first priority is to increase defense, homeland security and VA spending, while the State Department and the EPA face big cuts; John Roberts has the roundup for 'Special Report'

President Trump’s “America First” budget released Thursday that calls for steep cuts to the State Department and Environmental Protection Agency in order to increase defense spending was called by some Republicans as a pie-in-the-sky wish list that will never pass Congress in tact.

It is not uncommon for a president’s initial “skinny budget” to face an uphill fight with congressmen who control the government’s purse strings. But the early resistance is notable since Republicans control both the House and Senate. Even House Speaker Paul Ryan appeared to hedge his optimism on the plan that he called a “blueprint.”

For better or worse, Trump’s budget appears to make good on some of his key campaign promises. He calls for an increase in defense spending by $54 billion, which The Associated Press points out is the largest increase since President Reagan’s military buildup of the 1980s. The defense increase will be paid for by cuts to the EPA, State Department and federal funding for the arts.

A budget that puts #AmericaFirst must make safety its no. 1 priority—without safety there can be no prosperity: https://t.co/9lxx1iQo7m

Sen. John McCain, R-Ariz., who often finds himself at odds with Trump, said plainly, “It is clear that this budget proposed today cannot pass the Senate.”

Trump said in a statement that “to keep Americans safe, we have made the tough choices that have been put off for too long.”

Republicans leaders spread out across the country have found items in the budget that would likely not still well with their voters.

Sen. Rob Portman, R-Ohio, spoke out against the Great Lakes Restoration Initiative and Rep. Hal Rogers, R-Ky., called out the budget cut on the Appalachian Regional commission, which assists communities in his region. He called Trump’s budget cuts “draconian, careless and counterproductive.”

“I just want to make sure that rural America, who was very supportive to Trump, doesn’t have to take a disproportionately high cut,” Rep. Robert Aderholt, R-Ala., told the AP.

Republicans praised the president for beefing up the Pentagon, but they were far less enthusiastic about accepting Trump's recipe for doing so without adding to the nation's $20 trillion debt.

The very programs that most help the middle class are those that get clobbered the hardest by these #Trumpcuts.

"While we support more funding for our military and defense, we must maintain support for our farmers and ranchers," said North Dakota Republican John Hoeven, blasting a 21 percent cut to the Agriculture Department's budget.

Democrats have spoken out against the budget they say would devastate the work done by agencies like the EPA. Sen. Chuck Schumer, D-N.Y., tweeted, “Democrats in Congress will emphatically oppose these cuts & urge our Republican colleagues to reject them as well.”

White House Budget Director Mick Mulvaney said this is not a take-it-or-leave-it budget. He told The Washington Post that the “message we’re sending to the Hill is, we want more money for the things the president talked about, defense being the top one, national security. And we don’t want to add to the budget deficit. If Congress has another way to do that, we’re happy to talk to them about it.”