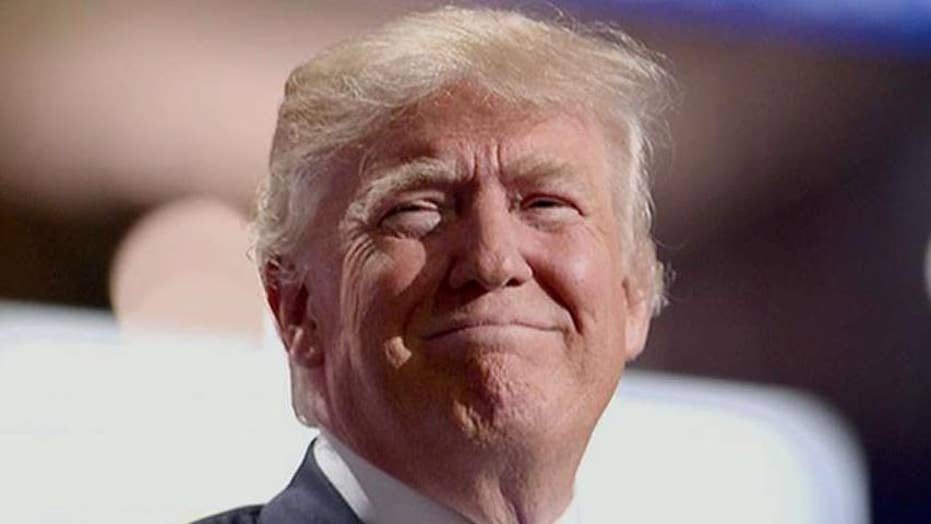 Confirmation hearings begin this week on Capitol Hill for Alabama Sen. Jeff Sessions as U.S. attorney general and other Cabinet picks from President-elect Donald Trump -- amid increasing partisan threats about derailing nominees and calls to keep politics out of the process.

The most recent exchange began Saturday when Democrats called for a delay in the hearings -- including at least seven this week -- because several of Trump’s nominees have purportedly failed to complete ethics reviews to avoid conflicts of interest.

Democrats called for the delay based on a letter this weekend from the Office of Government Ethics to Senate leaders stating that some of the nominees scheduled for hearings have yet to complete their ethics review process.

Senate Majority Leader Mitch McConnell said Sunday the complaints are merely “procedural” and are being raised by Democrats frustrated about him and fellow Republicans now controlling the House, Senate and White House.

"I understand that. But we need to sort of grow up here and get past that,” the Kentucky senator told CBS’ “Face the Nation.” “We confirmed seven Cabinet appointments the day President Obama was sworn in. We didn't like most of them either. But he won the election.”

Senate Minority Leader Chuck Schumer, D-N.Y., said the ethics review is to ensuring wealthy Cabinet members work for the American people instead of "their own bottom line and that they plan to fully comply with the law."

Republicans are intent on getting as many Trump nominees through the arduous confirmation process before the incoming Republican president takes the oath of office on Jan. 20.

Despite all of the wrangling ahead of the Senate confirmation hearings, Trump’s nominees will almost certainly get enough votes in the chamber's GOP-led committees. However, they could run into delays when both parties cast final votes on the Senate floor, despite needing only 51 “yeahs.”

Democrats could use procedural moves to extend the debate on each of the nominees. But they don’t have the power to use the filibuster to block the nominations, because in the last Congress they changed the threshold on such filibusters from 60 to 51 votes.

The hearings begin Tuesday with Sessions in the Senate Judiciary Committee, the same panel that in 1986 denied him a federal judgeship, following allegations that he had made racist remarks and called the NAACP "un-American."

Still, Session, an immigration hawk and the first U.S. Senator to endorse Trump, a fellow Republican, is expected to be confirmed without much delay or fight.

Still, civil rights groups are urging a thorough vetting of Sessions. Last week, NAACP President Cornell William Brooks and other group members were arrested after a sit-in protest in Sessions' Mobile, Alabama, office, and could do something similar on Capitol Hill.

The two-day hearing includes a day for Sessions to address the committee, and a day for rebuttal witnesses from those opposing his nomination.

Session will be followed Tuesday by retired Marine Gen. John Kelly, the nominee for the post of Homeland Security secretary.

Tillerson’s hearings before the Senate Foreign Relations Committee to run the State Department, arguable the most important and high-profile Cabinet post, could be the most contentious.

His job leading oil giant ExxonMobile, which included deals with Russia and connections to Russian President Vladimir Putin, is raising concerns, especially after a recent U.S. intelligence report stated both meddled in this year’s presidential election.

McCain said Sunday on NBC’s “Meet the Press” that still has questions but that a meeting last week with Tillerson eased concerns.

“Every president should have the benefit of the doubt as to their nominees,” he said. “So there has to be a compelling reason not” to vote for him.

Democrats and others argue that Ross, who founded the private equity firm WL Ross & Co., is the type of Wall Street tycoon that Trump has vowed to keep out of Washington.

But Ross' record has so far shown no potentially damaging conflicts of interest.

Schumer and other Democrats have purportedly targeted DeVos, Sessions and Tillerson as well as Mnuchin and South Carolina Rep. Mick Mulvaney, for the Office of Management -- whose hearings have yet to be scheduled.

“If Republicans think they can quickly jam through a whole slate of nominees without a fair hearing process, they’re sorely mistaken,” Schumer said last week.

One of the committees that hasn't yet received the ethics review forms is the Senate Health, Education, Labor and Pensions Committee, which will hold the DeVos hearings.

The Senate Commerce, Science and Transportation Committee said it had also not received the forms for Ross, though a spokeswoman said they expect them soon.

The Government Ethics office did not list which of Trump's Cabinet choices hadn't turned in their disclosures.

Other confirmation hearings next week include Rep. Mike Pompeo, R-Kansas, for director of the Central Intelligence Agency, and Ben Carson for housing secretary.