President Trump will travel to North Carolina on Wednesday to survey the impact of Florence, the White House said.

U.S. Rep. David Rouzer, R-N.C., whose district includes many areas hit hardest by Florence, will join the president in his visit, the report said. 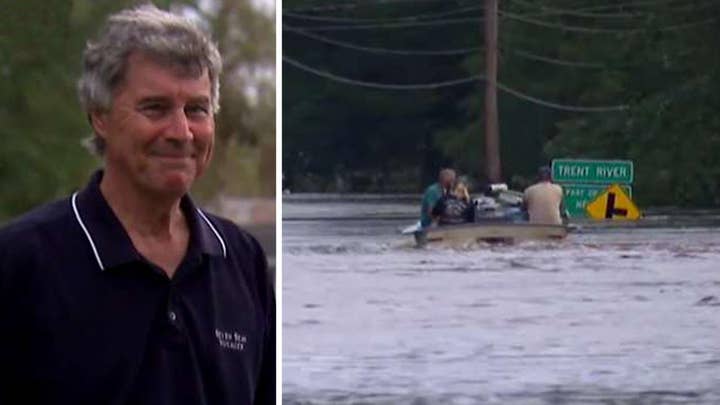 Trump is scheduled to spend much of the day in the area so he may also visit South Carolina, according to the paper.

South Carolina Gov. Henry McMaster said Tuesday that he didn't yet know if the president would be visiting his state.

“We don’t know. We’d love to have them,” McMaster told the News & Observer of Raleigh, N.C. “I’ll tell you what, though, we are delighted to have had the attention and communication with President Trump and with (his) administration — officials and cabinet members.

A source familiar with the trip’s planning told the State on Monday that Trump was set to visit Horry County with a stop in the Conway area.

Conway and other Horry County communities are experiencing historic flooding that's expected to worsen over the next week, the paper reported.

The president is scheduled to return to the Washington area by 6:15 p.m., the report said. Other details on his schedule before his return were not immediately available.

Trump tweeted thanks Tuesday to the "great Coast Guard for doing such a tremendous job," with a video showing the Coast Guard at work.

Later Tuesday, he tweeted another video, thanking the "incredible men and women who have done such a great job in helping with Florence."

"This is a tough hurricane. One of the wettest we've ever seen from the standpoint of water," Trump said in the video. "Rarely have we had an experience like it. And it certainly is not good."

He lauded the work of FEMA, the military and the Coast Guard as "really something special."