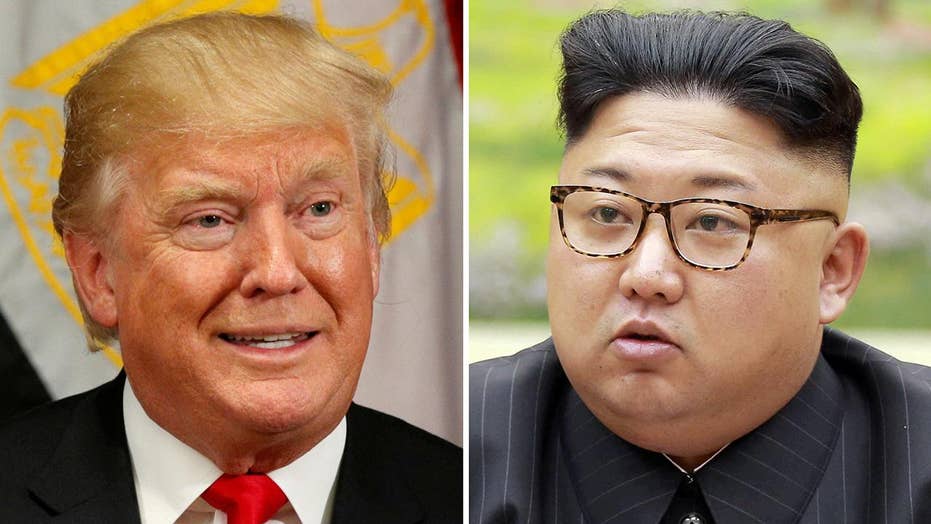 Alan Smith on how to handle Kim Jong Un.

President Trump posted a pair of messages on Twitter Saturday afternoon, saying that "only one thing will work" when dealing with North Korea, but declined to specify or elaborate on what that thing was.

The tweets were the latest in a series of cryptic comments that appeared to be directed at the isolated communist regime and its dictator, Kim Jong Un.

Thursday evening, Trump told reporters as he posed for photos with senior military leaders and their spouses that "this might be the calm before the storm." On Friday, the president refused to elaborate on what he meant by that, saying simply, "You'll find out."

She also denied that Trump was simply being mischievous in an effort to mislead reporters.

During the military dinner that preceded Thursday's photo op, Trump praised those assembled, saying: "We have the world's great military people in this room, I will tell you that."

Earlier in the evening, the president had lauded the group, including his defense secretary and chairman of the Joint Chiefs of Staff, and said they would be discussing the most pressing military issues facing the country, including North Korea and Iran.

Trump also offered another stark warning to Kim, saying "we cannot allow this dictatorship to threaten our nation or allies with unimaginable loss of life." The president also vowed to "do what we must do to prevent that from happening and it will be done, if necessary. Believe me."

He also said that, moving forward, he expects those in the room to provide him with "a broad range of military options, when needed, at a much faster pace."