Trump to pick Heather Nauert as next UN ambassador

Trump is expected to tweet out announcement naming Nauert as next U.N. ambassador.

Back in October, Nauert, a former Fox News host, was believed to be a "leading contender" for the position, sources familiar with the selection process said at the time.

Haley unexpectedly announced her resignation in October and promised to serve in her role through the end of 2018. At the time, she described her time in the position as a "blessing," but offered no reason for leaving except a belief that government officials must know "when it’s time to step aside."

In her resignation letter, she also dismissed the possibility of running in the 2020 election. 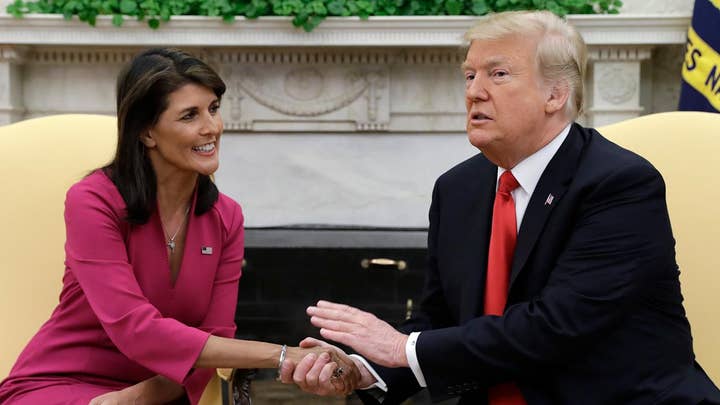 "I expect to continue to speak out from time to time on important public policy matters, but I will surely not be a candidate for any office in 2020," she wrote. "As a private citizen, I look forward to supporting your re-election as President, and supporting the policies that will continue to move our great country toward even greater heights."

Trump praised Haley as a being a "fantastic person" who did "an incredible job" in the role.

Nauert was named as the State Department spokeswoman in April 2017.