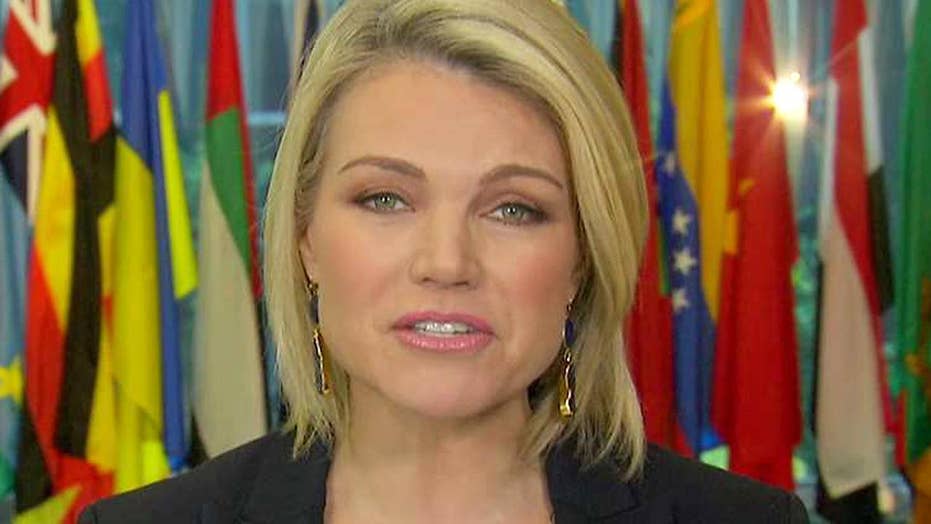 Nauert: US expectations are clear to North Korea

Undersecretary of state for diplomacy previews the Trump-Kim Jong Un summit. On 'Fox &amp; Friends,' Nauert says the sanctions won't come off North Korea until denuclearization happens and addresses the withdrawal from the Iran deal.

Nauert met with President Trump in the Oval Office earlier Monday, though it is not known if they discussed the position. Several other officials have been named as potential candidates, including U.S. Ambassador to France Jamie McCourt.

Haley, the former governor of South Carolina, surprised many observers earlier this month when she announced she would leave the post of U.N. envoy by the end of this year. She had been considered an effective advocate for U.S. interests at the world body, as well as an independent force in the Trump administration.

Nauert, a former Fox News host, was named State Department spokesperson in April 2017. Earlier this year, she also was named acting undersecretary for public diplomacy and public affairs after the dismissal of Steve Goldstein from that post.

On Oct. 20, Trump told The Associated Press after a Nevada campaign rally that he was interviewing five candidates to replace Haley -- three women and two men -- and said he hoped to select someone "very quickly." When asked if he would prefer to have a woman in the job, he said "Yes," later adding: "I think I might prefer that, but we'll see."