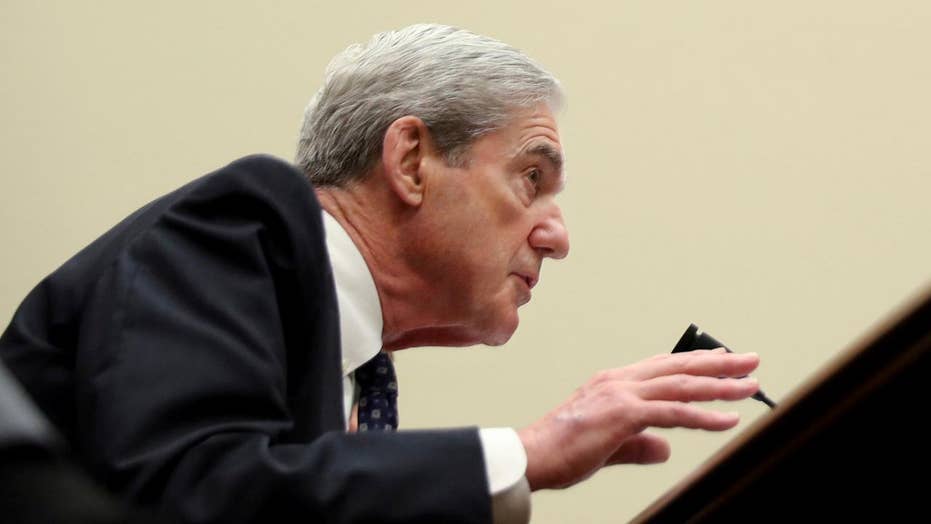 “These were Mueller prosecutors, and the whole Mueller investigation was illegally set up based on a phony and now fully discredited Fake Dossier, lying and forging documents to the FISA Court, and many other things,” Trump tweeted Tuesday morning.

“Everything having to do with this fraudulent investigation is badly tainted and, in my opinion, should be thrown out,” Trump continued, while slamming Mueller himself and claiming he lied to Congress about whether he sought to lead the FBI.

He added: “If I wasn’t President, I’d be suing everyone all over the place…BUT MAYBE I STILL WILL. WITCH HUNT!”

The president’s tweets are likely to fuel an already-tumultuous period at the Justice Department.

The intervention in the former came after federal prosecutors recommended a sentence between 87 and 108 months in prison for Stone after he was convicted on seven counts of obstruction, witness tampering, and making false statements to Congress on charges that stemmed from Mueller’s Russia investigation.

Amid internal concerns this was overly harsh, the DOJ overruled the prosecutors on the case, scaling back the proposed sentence for Stone, which led several prosecutors to quit the case and Democrats to accuse Trump of interfering in the process -- by earlier tweeting about his displeasure with the Justice Department. Trump denied it.

Barr last week urged Trump against tweeting on justice matters, saying it makes it “impossible” for him to do his job.

“I think it’s time to stop the tweeting about Department of Justice criminal cases,” Barr told ABC News. “I’m not going to be bullied or influenced by anybody…whether it’s Congress, a newspaper editorial board, or the president.”

Trump has shown no inclination to stop tweeting about DOJ cases, as demonstrated on Tuesday.

Barr, meanwhile, also has appointed U.S. Attorney for the Eastern District of Missouri Jeff Jensen to review the case of Flynn. Flynn’s case has gone through years of twists and turns, with sentencing postponed repeatedly over the last two years. Flynn’s supporters have insisted he is innocent but was forced to plead guilty when his son was threatened with prosecution and he exhausted his financial resources.

Flynn pleaded guilty to making false statements to the FBI about his communications with former Russian ambassador Sergey Kislyak, also as part of Mueller’s probe.

Barr is now facing mounting criticism for his intervention, with more than 2,000 former Justice Department employees having signed an online petition calling for his resignation. Also this week, an independent association of more than 1,000 federal judges called for an emergency meeting to assess the current situation at the DOJ, claiming Trump and Barr are intervening in cases for personal and political reasons.

Mueller was investigating whether Trump campaign associates colluded with the Russians during the 2016 presidential election. Mueller, after a nearly two-year-long investigation, found no evidence of illegal coordination or collusion between members of the president's campaign and the Russian government.