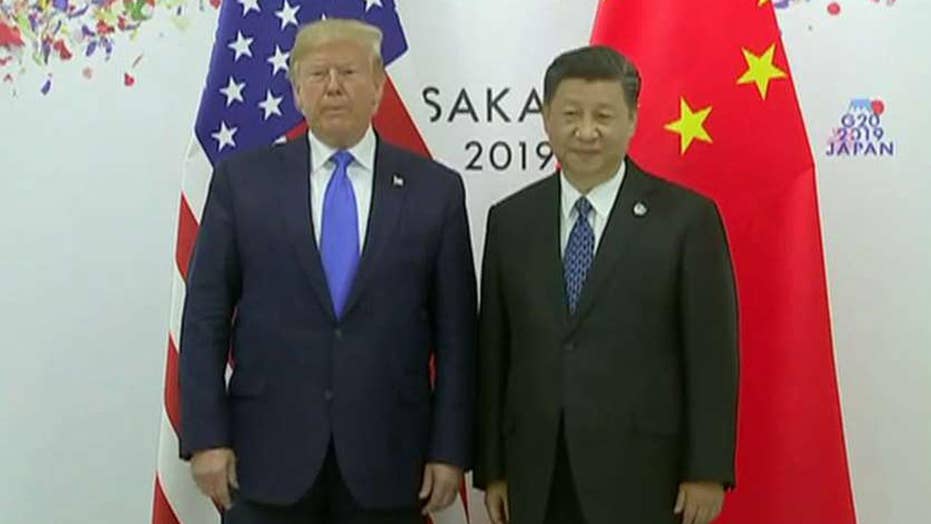 President Trump in a tweet Wednesday evening suggested a “personal meeting” with Chinese President Xi Jinping amid tensions in Hong Kong and fears that an escalating trade war could trigger a global recession.

“I have ZERO doubt that if President Xi wants to quickly and humanely solve the Hong Kong problem, he can do it,” Trump tweeted. Personal meeting?”

The president’s tweet came after weeks of sometimes violent clashes between pro-democracy protesters and police in Hong Kong that started over a now-defunct extradition bill that would allow defendants to be tried in mainland China. The unrest included massive protests at Hong Kong's airport that resulted in more than 100 flight cancellations.

One possibility for a face-to-face meeting between Trump and Xi could be in advance of the annual United Nations General Assembly in New York City, which is scheduled to begin Sept. 17.

STUART VARNEY ON HONG KONG PROTESTS: HISTORY IS UNFOLDING BEFORE OUR EYES

In a separate tweet, Trump also mentioned his decision to delay new tariffs on $156 billion in Chinese goods from September until December.

“The American consumer is fine with or without the September date, but much good will come from the short deferral to December,” he wrote. “It actually helps China more than us, but will be reciprocated."

The administration decided this week to delay the new tariffs over concerns about the adverse effect it could have on the holiday shopping season.

The tweets also come as the Dow fell 800 points Wednesday amid worsening fears of a recession.