Turley on Trump impeachment: 'We are well into the land of the unknown'

George Washington University law professor Jonathan Turley says 'the president would have standing to challenge' the impeachment trial potentially taking place after he is no longer in office 'and the court could rule on it.'

EXCLUSIVE: President Trump on Wednesday is calling for "all Americans" to help "ease tensions and calm tempers," saying he does "not" stand for violence "of any kind" -- and he's asking Big Tech to join the effort.

"In light of reports of more demonstrations, I urge that there must be NO violence, NO lawbreaking and NO vandalism of any kind," the president said in a statement to Fox News. "That is not what I stand for and it is not what America stands for. I call on ALL Americans to help ease tensions and calm tempers. Thank You."

The White House press office later sent out the statement while attempting to post it to all of Trump’s official social media accounts.

The adviser added: "This is a critical time in our nation’s history and surely we can all come together to deliver this important message and not continue to play partisan politics." 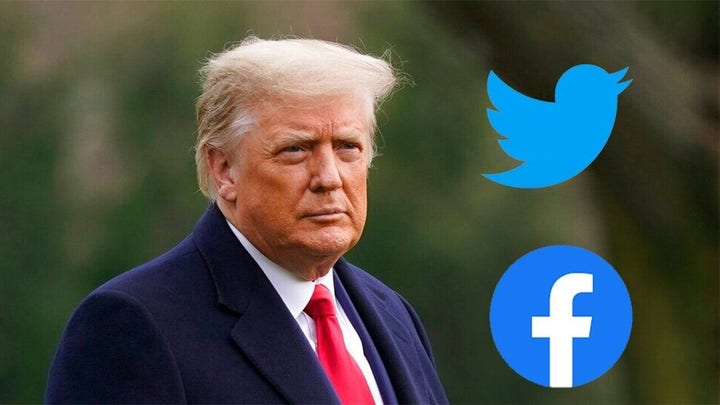 The president’s statement came as the House was debating an article of impeachment against him, saying he incited insurrection, and days after he was permanently suspended from Twitter, Facebook and Instagram. The House ultimately voted to impeach him Wednesday afternoon.

The Capitol riot on Jan. 6 sent Congress into lockdown as lawmakers met in a joint session to certify the results of the 2020 presidential election for President-elect Joe Biden. The riot left five people dead, including a Capitol Police officer.

The riot came after the president spoke at a rally last Wednesday, telling supporters that he would "never concede." Congress later returned and certified the Electoral College vote early Thursday, formally giving Biden his presidential victory.

"I wholly condemned last week’s senseless acts of violence, and I strongly reiterate the calls to remain peaceful in the weeks ahead," McDaniel said. "Those who partook in the assault on our nation’s Capitol and those who continue to threaten violence should be found, held accountable, and prosecuted to the fullest extent of the law."

The statement also came just a day after his first public appearance since last week’s Capitol riot, telling reporters he wanted "no violence."

She added: "Let me be clear: Anyone who has malicious intent is not welcome in Washington, D.C. or in any other state capitol. The peaceful transition of power is one of our nation’s founding principles and is necessary for our country to move forward."

McDaniel said that "now is the time to come together as one nation, united in the peaceful pursuit of our common democratic purpose."