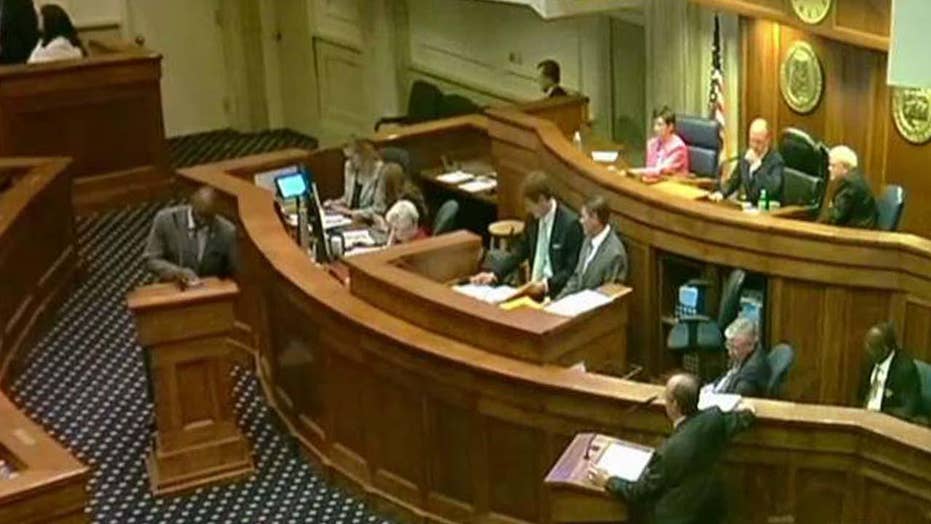 Democratic strategist Rochelle Ritchie and Student for Life of America president Kristan Hawkins share their thoughts on the abortion debate.

Shelby claimed he'd had discussions with the president about Sessions and got the feeling he was "not on board" with his former cabinet member returning to the political scene, according to The Hill.

"I did talk to [Sessions]. I talked to the president about it to… about if Sessions ran, he was not encouraging," Shelby told The Hill. "How do I say it? He was not on board, OK?"

Shelby stopped short of sharing any further details on Trump's state of mind and said he didn't want to "get into that," after being pressed for additional comment.

He said Sessions would make a strong candidate but would face an uphill battle without Trump's public support and claimed the former AG isn't thrilled about the prospect of running again.

"I don't think he's going to run, but he hasn't said unequivocally he's not," Shelby said. "He would be a formidable candidate if he ran, but he would ask himself why would he want to come up here."

Fox News reached out to the White House for comment.

Sessions became a viable option to run against current Democratic Sen. Doug Jones after former Senate candidate Roy Moore, announced he is throwing his hat again after having already been defeated in 2017.

Moore was considered the favorite before he was accused of sexual misconduct by several women who claimed to know him as teenagers, while he was in his 30s.

The president has gone on record, saying Moore could never win a statewide race and claimed the consequences of nominating him could be "devastating" -- especially to his pro-life agenda.

The race will take place in 2020 after Jones serves out the final part of the Sessions' original term from 2014.