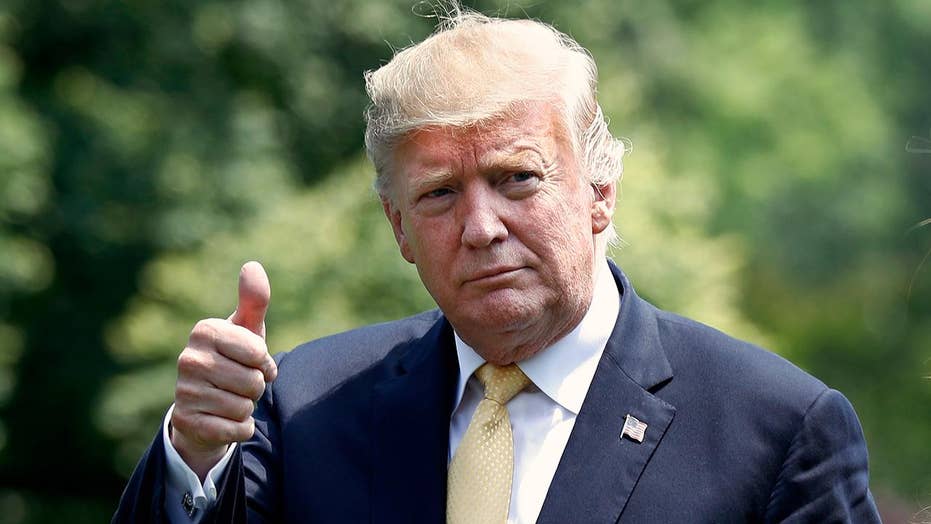 President Trump on Wednesday warned Roy Moore that he “cannot win” a Senate seat in Alabama, as Republicans ramp up efforts to persuade the controversial candidate not to launch another primary bid for the seat.

Trump, in a pair of tweets, argued that Republicans losing the seat again would have “devastating” consequences. Moore, the former Alabama chief justice who lost to Democratic Sen. Doug Jones in 2017, has said he is considering running again.

“Republicans cannot allow themselves to again lose the Senate seat in the Great State of Alabama," Trump tweeted. "This time it will be for Six Years, not just Two. I have NOTHING against Roy Moore, and unlike many other Republican leaders, wanted him to win. But he didn’t, and probably won’t."

“If Alabama does not elect a Republican to the Senate in 2020, many of the incredible gains that we have made during my Presidency may be lost, including our Pro-Life victories. Roy Moore cannot win, and the consequences will be devastating….Judges and Supreme Court Justices!” he continued.

The president’s tweets come as Moore weighs a second bid for the Senate seat in 2020. Earlier this month, the twice-removed state jurist -- whose 2017 Senate campaign was rocked with allegations of past inappropriate behavior with teenage girls -- said he is “strongly considering” running again.

DON JR. BLASTS ROY MOORE AS HE FLOATS ANOTHER SENATE RUN: 'IT'S TIME TO RIDE OFF INTO THE SUNSET'

“I’m still praying about it and talking to people, my family, my wife and I’m strongly considering it,” Moore told The Associated Press.

In 2017, Moore was running for the seat that was left vacant by former Attorney General Jeff Sessions. The seat was temporarily filled by Sen. Luther Strange, who lost narrowly in the primary to Moore.

The president initially supported Strange, but upon losing the primary, Trump deleted all tweets of support for him and shifted his endorsement to Moore.

During the general election, Moore’s campaign battled claims that he initiated sexual contact with teenage women decades ago when he was an assistant district attorney in his early 30s. One of the women alleged Moore had sexual contact with her when she was just 14. The age of consent in Alabama is 16. Moore repeatedly denied the allegations.

Moore narrowly lost to his Democratic opponent, Sen. Doug Jones, D-Ala., who has, at times, crossed party lines and voted with Republicans on certain matters. Nevertheless, Jones was the first Democrat to be elected in Alabama to the Senate in decades.

The president maintained his support for Moore through the general election, but when he lost, Trump walked back his support, and said he "was right" and added that he didn’t originally support Moore in the Senate race because he knew he would “not be able to win the General Election.”

Reports have indicated that Moore could launch his candidacy in June, despite backlash from Republicans. One of Moore’s could-be GOP primary opponent, Bradley Byrne, said people in Alabama were “concerned” that Republicans lost a Senate seat in 2017.

“I think people are very concerned that we Republicans lost a U.S. Senate seat because [Moore] was our nominee in 2017, and we don’t need to do that again,” Byrne told The Hill.

Moore replied to Byrne on Twitter writing: “What is Bradley so worried about?"

He added: "He knows that if I run I will beat Doug Jones.”

“You mean like last time? You’re literally the only candidate who could lose a GOP seat in pro-Trump, pro-USA ALABAMA. Running for office should never become a business model,” Trump Jr. tweeted. “If you actually care about #MAGA more than your own ego, it’s time to ride off into the sunset, Judge.”