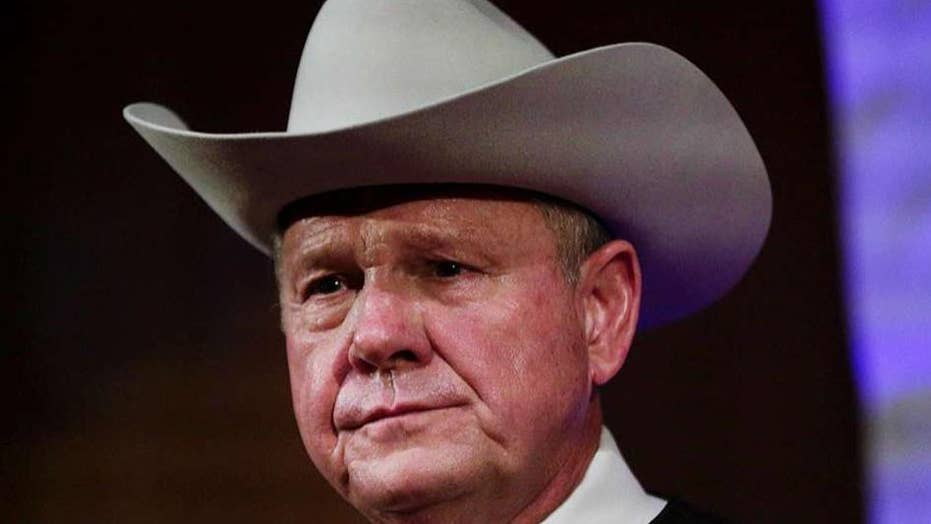 Roy Moore, the scandal-scarred Republican who lost a 2017 bid for the U.S. Senate in Alabama, announced Thursday he will run again for Senate next year, despite President Trump and other conservatives in Washington insisting he can’t win.

“Yes, I will run for the United States Senate in 2020,” Moore said during a defiant announcement in Montgomery, after railing against the Republicans who have said they oppose him running.

In 2017, Democrat Doug Jones pulled off a closely watched upset in defeating Moore in the special election to fill then-Attorney General Jeff Sessions’ vacant seat. Moore, the former chief justice of Alabama’s Supreme Court, faced multiple allegations during the campaign that he pursued romantic relationships with teenage girls while he was in his thirties -- accusations Moore repeatedly denied.

Those accusations propelled Jones to victory, making him the first Democrat to win election to the Senate from the deeply conservative state in 25 years. Jones is now a top target for Republicans in a state Trump won 62 percent of the vote in Alabama in 2016. 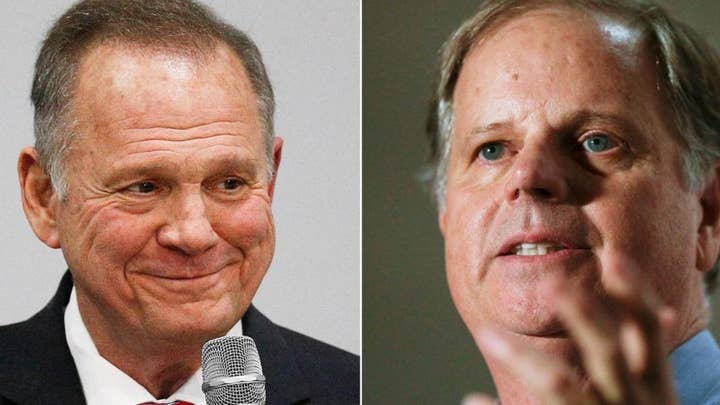 Jones responded: "Today, Roy Moore has made what was already going to be a divisive Republican primary even more polarizing and extreme. We don’t need any more of that."

Republicans in Washington have made clear they don’t want Moore to run again, saying they believe any other Republican will beat Jones in 2020. The National Republican Senatorial Committee has said its motto in the race is “ABRM,” which stands for “anyone but Roy Moore.”

"We believe most Alabama Republicans realize that nominating Roy Moore would be gift wrapping this Senate seat for Chuck Schumer," Jack Pandol, a spokesman for the Senate Leadership Fund, which is aligned with Senate Majority Leader Mitch McConnell, said Thursday. "It remains to be seen whether Moore can escape his baggage without his candidacy collapsing under its own weight, regardless of what groups on the outside do."

Last month, as Moore made clear he was serious about running again, Trump took to Twitter in an apparent effort to urge him not to mount another effort. “Roy Moore cannot win, and the consequences will be devastating,” the president said.

“I have NOTHING against Roy Moore, and unlike many other Republican leaders, wanted him to win,” Trump tweeted. “But he didn’t, and probably won’t."

Underscoring his father’s opposition, the president’s son, Donald Trump Jr., on Thursday tweeted that Moore’s entrance into the race is “doing a disservice to all conservatives across the country.”

Moore on Thursday said he still hopes to have the president's support, but questioned the intense opposition to his bid from Republicans. He vowed to campaign on securing the border, protecting the Second Amendment and withdrawing from trade deals that hurt American jobs.

"I can't understand why there's such opposition from Washington," Moore said.

Sessions, who was forced out of the Justice Department last year after infuriating the president over his recusal from the Russia investigation, hasn’t ruled out running for his old seat. But the former attorney general has not made any noticeable moves indicating he is preparing for a run.